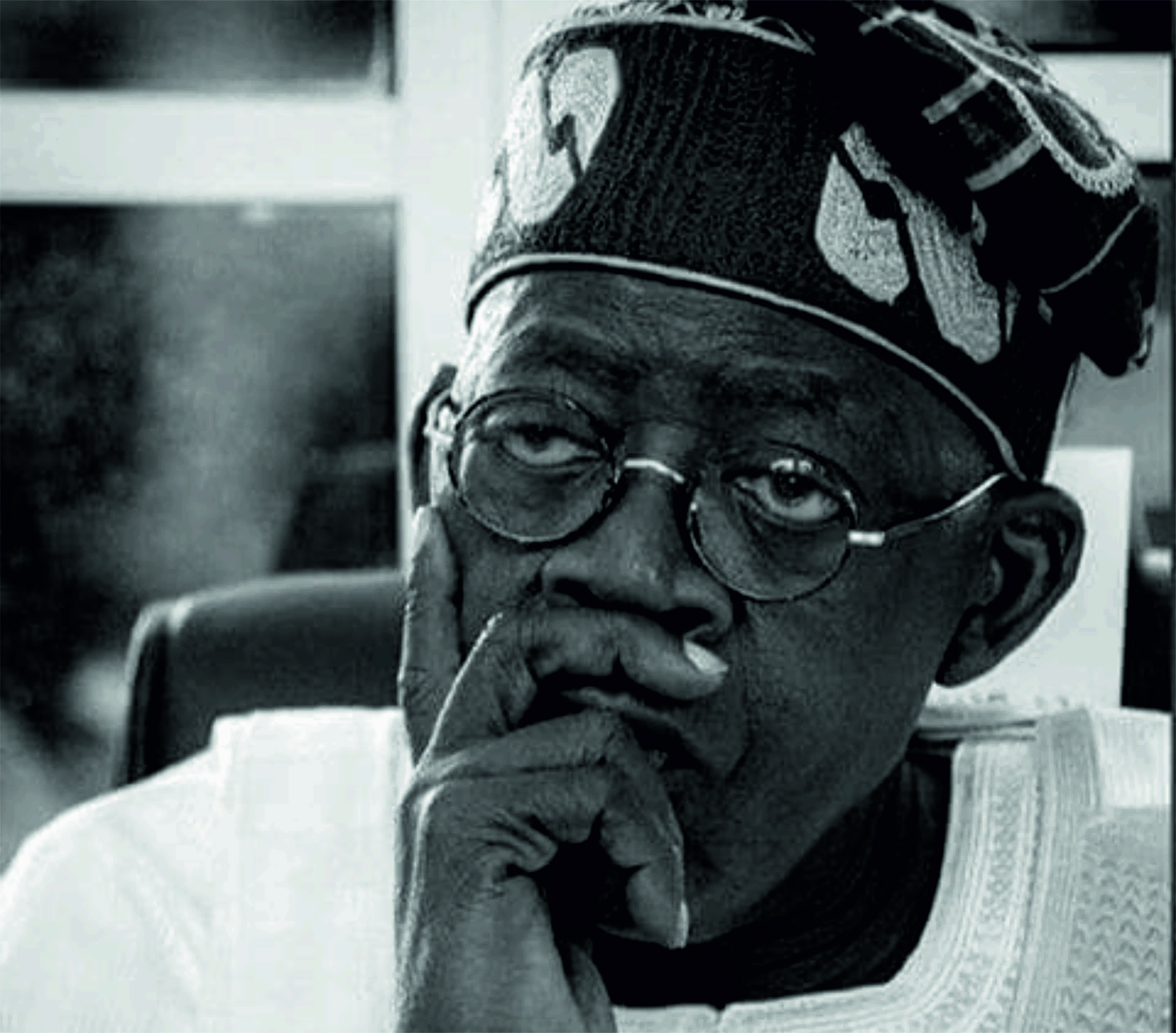 How many Bola Ahmed Tinubus are in the race to the 2023 election? There are many reasons to ask, and they grow by the day.

Can we shorten the long twists and turns of the tales by planting our feet on 1999, the year Bola Ahmed Tinubu was elected Governor of Lagos State. If we step back a bit the 1999 Tinubu submitted these claims, sworn on oath, that he:

a. Has been an indigene of Lagos from birth

b. Was a pupil of St. Paul’s Children Home School, Aroloya, Ibadan

e. Was a graduate of University of Chicago

With these depositions he was elected Governor of Lagos State for two terms that ended in 2007. He is the first Tinubu whose firm hold on Lagos State has resulted in him deciding who becomes governor in Lagos and some states since then.

He claims credit for every seemingly great initiative of his successors to the extent that stories of Tinubu building Lagos is the latest addition to the development depths of a candidate riddled with deficits.

Tinubu number two is a vile creation of the media.

Most unfortunately, the materials issue often from media supposedly supporting Tinubu. In January 2017, the media celebrated the arrival of Tinubu’s first grandchild, Amira, from his son Seyi in London.

The pictures on prominent use included one where Senator Tokunbo Afikuyomi, a Tinubu acolyte, was almost happier than the grandfather.

There is more on Afikuyomi.

By May 2022, five years on, a top Tinubu media aide posted the same picture to push the argument that Tinubu who they said could not hold a glass of a drink, could be seen holding his grandchild very well.

The fake 2022 picture has been followed by many disparaging pictures of Tinubu, majorly questioning his health status, and trying to disprove the premise of a healthy Tinubu.

The other Tinubu could include the one who made the ground-shaking Abeokuta “Emi l’okan” speech on 3 June 2022 yet needed support to hold the party’s flag when he won the presidential ticket, the one that has to be led around, the one that sleeps off in public and requires to be woken.

The 2022 Tinubu submitted forms to INEC with blank spaces for his primary and secondary school education. He still had his university education, though attending a university is not a required qualification for the position. The degree in Economics was no longer listed.

Like President Muhammadu Buhari, who said his academic credentials were with the Military Board, Tinubu says unknown persons who ransacked his home in the General Sani Abacha era took away his certificates. He did not try to get new copies from the issuing authorities. He has spoken.

His media team accuses the prying public of being meddlesome. A few issues are important here.

Did Tinubu ever have primary and secondary school certificates? Some insist he could not have got into university without them. We can also concede he never needed the earlier certificates to get that far in life.

Which relation of his put the young Tinubu in a primary school in Ibadan away from his caring mother Alhaja Abibatu Mogaji Tinubu in Lagos? Until her passage in 2013 at 96, Madam Tinubu was still fond of Bola. It is unthinkable that she dispatched him to Ibadan at that tender age.

Afikuyomi weighs in again. He is on record as being the one who signed Tinubu’s forms in 1999. He made the mistakes. The Lagos State House, considering the totality of the circumstances surrounding the matter, ruled in 2003, that Afikuyomi, not Tinubu, was the one who swore a false oath with the 1999 documents sent to INEC.

Can a state house of assembly judge a matter, particularly one involving a federal institution as INEC? The 2022 Tinubu holds to that position with the assurance that it answers questions about his certificates and absolves him of any perjury.

Why would schools in Ibadan, not Lagos, be in Afikuyomi’s “mistakes” knowing fully well that Tinubu was born and bred in Lagos? The answer for the mistakes is that “anyone can make mistakes.”

If you were not comfortable with these, Dele Alake’s television appearance made the matters clearer. Tinubu did not attend primary and secondary schools anywhere, anytime. There were not many schools then and many parents could not afford the fees. Tinubu born in 1952, raised in Lagos, could have had a buffet of schools to choose from if that was the issue.

Reminded that Tinubu’s mother was wealthy enough to pay his fees, Alake retorted that Tinubu opted for home studies like Queen Elizabeth. He still did not have the certificates of those home studies.

Many people have other issues with his true identity, parentage, sources of his wealth and his duplicitous stand on unity of Nigeria. More questions arise over his indiscernible stand on issues, very importantly why he should be president, his programmes to tackle Nigeria’s precarious situations for which there are tendencies to blame him.

An example of great political astuteness ascribed to him is making Buhari president. He was explicit about it in his Abeokuta speech. Tinubu is also quick to distance himself from the disasters of the Buhari government. His best defence is that he has not held any official position in the administration.

These defences have come mainly through proxies. By the time campaigns start on 28 September Tinubu would speak for himself by himself.

Questions abound. Tinubu would answer them as he knows it is his turn to tell us about his illustrious pedigree by himself.