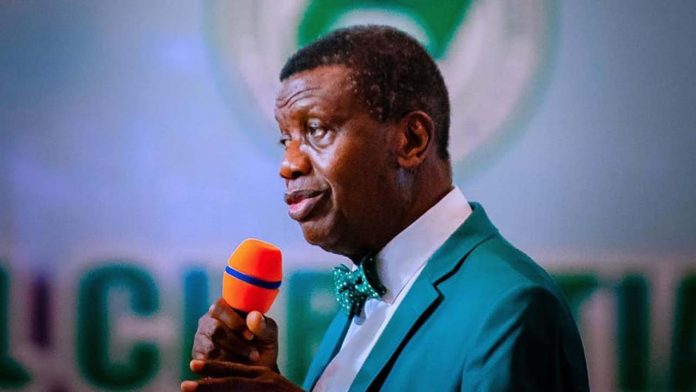 RCCG’s General Overseer Pastor Enoch Adeboye has told his members there is nowhere in the bible where God says Christians should not bite back, and as such ‘his children” should defend themselves

And as insecurity levels escalate across the nation, including in places of worship, some leaders in government and elsewhere are advocating self-defence and gun ownership.

“Oh! Some jokers said churches should not open for three months. Who is your commander? God of Boko Haram? Let the devil try any nonsense, from now on, it is going to be fire for fire!” he said as he urged the members to come physically for the August convention.

“I understand that one funny fellow said some people were calling on Ogun because Jesus didn’t answer them. Well, for the one who said that, there’s a saying that the mouth that the snail used to blaspheme God, that mouth will kiss the ground. From now on, anybody who dares blaspheme Jesus Christ will taste the fire of the Almighty God. Every enemy of the church, as far as Jesus is a consuming fire, if they don’t repent, the fire of God will consume them.

“I don’t want to say much because I know whatever I say, some people may want to twist it. I have searched the Bible from cover to cover and there is nowhere where God said a child of God cannot defend himself. If you find the place, let me know. He said that if they slap you on the right cheek turn left, He said that one. If they now slap the left what did he say? When God is silent, do you know the meaning of that, it simply means over to you.

“I am only talking to my children. Only my children come to the Holy Ghost Service.”