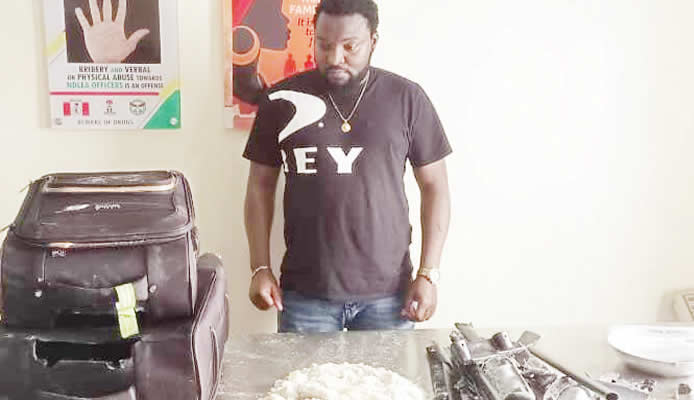 Okafor was busted at the Murtala Muhammed International Airport, Ikeja, Lagos, on his arrival from Sao Paulo, Brazil, en route from Addis Ababa, Ethiopia, on board an Ethiopian airlines flight with 1.40 kilogrammes of cocaine.

Men of the NDLEA uncovered the substance the 33-year-old hid in the handles of his bags September 26 on his arrival.

In a statement on Sunday, the anti-graft agency’s spokesperson, Femi Babafemi, said during Okafor, from Aro      Chukwu, disclosed that he was an ex-footballer with the University of Nigeria Teaching Hospital, Enugu FC.

After playing for four seasons there, he left for Sri Lanka in 2014.

“He further stated that he moved to Brazil from Sri Lanka after playing for two seasons but could not advance his football career in Brazil due to lack of official documents.”