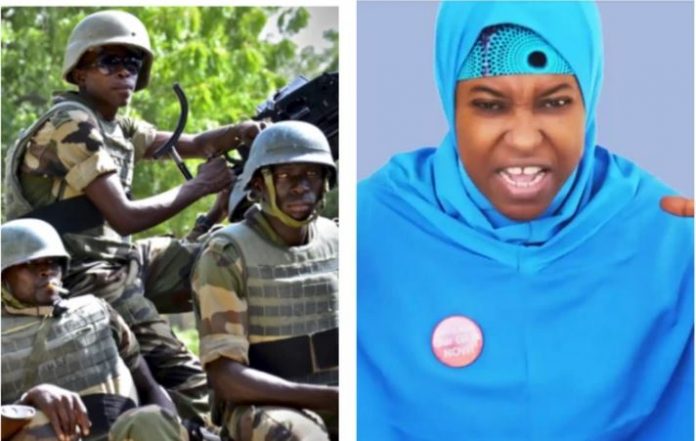 A well known Nigerian human right activist, Aisha Yesufu has taken to his official Twitter page to react after some aggrieved Nigerian soldiers vow to go on strike if the President, fail to address corruption among top Army officers.

According to information gathered from a reliable source, some pained personnel of the Nigerian Army have dragged the President, Muhammadu Buhari, accusing him of failing to address corruption and financial mismanagement among some top military officers while soldiers continue to cry on a daily basis.

The soldiers in an open letter to the President, Muhammadu Buhari, accused top army officers of corruption and extortion, adding that despite their numerous complaints, nobody is saying or doing anything about their unpaid allowances by the military finance corps.

Based on these notes, Aisha Yesufu took to her official Twitter page to reveal that if there is one place the President, Muhammadu Buhari should have warmth and compassion it should be with the military that are his primary constituency, but sadly, no one is giving them proper attention.

Further speaking, Aisha Yesufu said the foot soldiers are being wasted to fuel the incompetence of the Commander in Chief and corruption of officers.