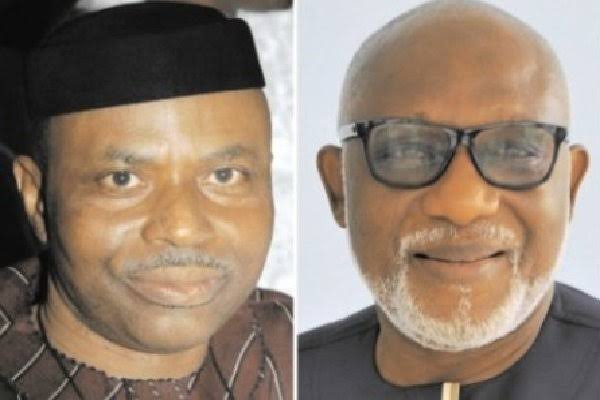 Ahead of the Ondo governorship election scheduled for this October, the candidate of the All Progressives Congress and incumbent governor of Ondo state came down hard on his predecessor, Dr. Olusegun Mimiko, accusing him of abandoning projects initiated by late Olusegun Mimiko.

This is the first since he came to power that the governor would take on Mimiko who many see as a power broker in the state with his Zenith Labour Party.

Akeredolu said the Ondo seaport project envisioned by late Agagu was abandoned by Mimiko, noting that the seaport would have become a reality if Mimiko had continued with the vision.

Governor Akeredolu said he would defeat all candidates from other political parties in the October 10 governorship election.

Akeredolu who spoke during the flag-off of distribution of palliatives donated by the Coalition Against COVID-19 (CACOVID) promised to complete the seaport project before the end of his second term.

He said over 200,000 households have received palliatives since the COVID-19 outbreak.

Akeredolu stated that apart from the most vulnerable that got palliatives, patients in the hospitals; the sick, pregnant, and women and nursing mothers also received palliatives.

His words, “We have been forced by COVID-19 outbreak to review our budget just like every other State and the Federal Government, but nevertheless God Almighty has made it possible for us to continue to pay salaries and the implementation of our various policies shining across the State.

“If previous government had shown concern, we would have had a seaport. Agagu started it but we had a government that abandoned it. That government abandoned OAUSTEC. Come on Saturday and see the wonderful work we are doing there.

“We have been in the office for about 42 months and have paid salaries and allowances for 48 months. The six months extra being the carry-over debt from the immediate past administration, despite our lean purse since we took over.”