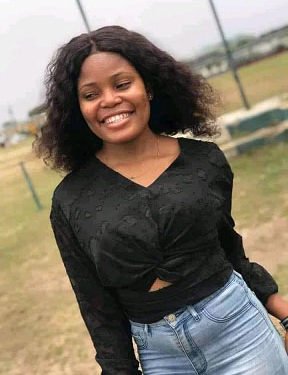 For starters, Uduak Akpan—the killer of the late Iniubong Umoren, a job seeker missing for a week after she got an invite on Twitter—is not a headhunter or employer.

Rather, the 20-year-old is a serial rapist, according to his own confession.

So Miss Umoren was not his first victim, but the only one dead and known to the public—and to Akpan’s family. After all, they saw him bury Umoren in his father’s compound.

Again, after raping and killing Umoren, Akpan buried her, confessed to his LGA chairman, and fled to Cross River.

Meaning: Akpan wasn’t arrested or handed over to the police at that time.

“The suspect confessed to have told his Local Government Chairman of his atrocity before escaping to Calabar and was never at any time handed over to the Police by anyone,” said Odiko MacDon, Akwa Ibom police spokesperson on Monday.

According to him, Umoren’s disappearance was reported April 30, almost a week after she went job haunting in the Uruan area of the state.

“Following available leads, men of the Anti-Kidnapping Squad of the Command led by CSP Inengiye IGOSI consolidated on the initial great progress made by the DPO Uruan, SP Samuel Ezeugo, and arrested the perpetrator who confessed to have lured his victim to his house in the guise of giving her a job, but ended up sexually and physically assaulting her which led to her death. To cover his tracks, he dragged and buried her in a shallow grave in his father’s compound.’

The killer has now been arrested, and kept in police custody.

The police have exhumed Umoren’s corpse . and deposited it in a morgue.