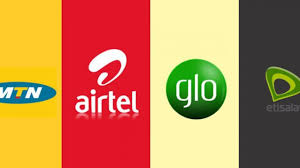 The Association of Licensed Telecommunications of Nigeria (ALTON) has expressed displeasure over the undue silence of key stakeholders in resolving the crisis of the Unstructured Supplementary Service Data (USSD) service between the banks and the telecommunications operators in Nigeria.

As a result, the association has threatened to shut down the USSD platforms if a consensus is not reached with immediate effect.

While insisting that the USSD services would not be offered free of charge to the banks, ALTON Chairman, Engr Gbenga Adebayo argued that contrary to the belief that USSD cost is a sunk cost as championed by the CBN,  it is rather an infrastructure, which operators had invested so much in the last one decade.

Adebayo warned that if nothing is done to resolve the squabbles as result of the USSD service, his members would soon  disconnect all banks in the country from their network.

However, he proposed that telcos will only provide the service at no cost to the banks if the banks stop charging telecoms subscribers for the use of USSD codes.

Recall that last two months, Business Remarks reported MTN Nigeria announced customers will start paying N4 per 20 seconds for USSD access to any banking services. What this means is that for every minutes spent using USSD code, MTNN would charge N12 depending on how fast the network respond.

The move which was bluntly opposed by the Minister of Communication and Digital Economy, Dr Isa Pantami stated that the plan by the telco to commence the USSD service charge must be suspended with immediate effect.

Giving his position while shielding the banks, the the Governor of Central bank of Nigeria, Mr. Godwin Emefiele kicked against it, alleging that it would raise cost by 450 percent.

Emefiele noted that “the banks will not allow this to happen, they are the people who give this business to the telecom companies.

“I have told the banks that they have to move their business, move their traffic to a telecom company that is ready to provide it at the lowest possible, if not zero cost.

“And that is where we stand, and we must achieve it.’’

In response, MTN Nigeria had asked all parties concerned in the USSD End User Billing crisis to approach the table and engage constructively towards a solution, putting the consumer at the fore of all decisions. But as at the time of filing this report, there had not been any response from the key regulators or the government.

Soon once the MNOs carry out their threat, the entire economy will be grounded. ALTON said that they are no longer willing to offer free access to their network for the banks to do their businesses.

According to him, ALTON has details of what the banks are making from their customers through the short code banking services they provide for them which is made possible by the MNOs stressing that the MNOs have made huge investment running their network.

“A time will come when we will have to invoke our rights under the Communications Act, which allows us to seek a request to disconnect the link.” Adebayo declared.