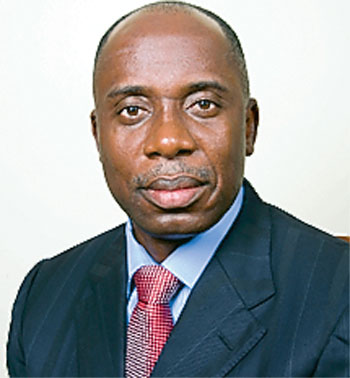 THE Minister of Transport, Mr. Rotimi Amaechi, has described as too poor the contribution of the transport sector to the Nigeria’s Gross Domestic Product (GDP).
Noting that the sector contributes 1.41 per cent, Amachei said the sector could do better, adding that the problem has been untapped potential.
He said that considering the place of the transport sector in the national economy, there was the need to exploit all the opportunities in the sector for it to contribute more.
The Deputy Director, Public Affairs of the ministry, Mrs. Yetunde Oshonaike, in a press statement said although Nigeria was blessed with multiple modes of transportation, the potential were yet to be tapped
He said: ““The government of President Buhari is in the process of developing a national transportation master-plan that will be implemented as a fulfillment one of his campaign promises to diversify the national economy while improving non-oil sector revenues.
“As a first step, the government will pursue the enactment of legislation that will open up the sector to new investments that will lead to economic prosperity.
“Among the bills that are ready for legislative action is the National Transport Commission Bill an act to provide for the establishment of a National Transport Commission as an independent multi-modal economic regulator and other related matters. He said the bill among others have been approved by the Federal Executive Council (FEC) in March 2014.”
Amaechi noted that despite the large population, the railway sub-sector had been neglected over the decades even as most effective and cheapest mode of mass transportation.
He identified the major issue affecting transport in Nigeria as “bad roads, inadequate fleet of buses and trucks; irregular and inadequate trains and airplanes services; and congested ports”.
“In line with these are physical problems such as the dearth of suitably trained transport managers and planners, capital restructuring bottlenecks, serious issues of institutional reforms and ineffective traffic regulation.”
The current state of the railway, Amaechi added was an indication of the serious neglect of this important sub-sector occasioned by poor policy initiation and implementation.
He said, “This has led to the proliferation of privately owned and operated road haulage services resulting in unregulated and chaotic situation on the nation’s roads. Nigeria Railway Corporation (NRC) has been effectively reduced to an economically unviable venture dependent on government subvention without any return on the huge investments,” 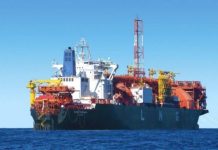