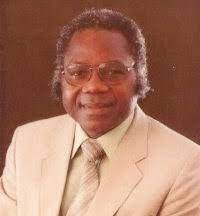 Professor Ambrose Folorunsho Alli, Ezomo of Ekpoma, Governor of Bendel State (modern day Edo and Delta states), October 1, 1979 – December 31, 1983, is being remembered 25 years after his death as the Legend of Bendel State. He implemented the policies on human development of the Unity Party of Nigeria (UPN) as initiated by late Chief Obafemi Awolowo, UPN leader. Accordingly, the Alli administration implemented free education to secondary school level, including state university, provided free education and rural electricity in the then Bendel State.  He established the then Bendel State University, Ekpoma, now Ambrose Alli University, 200 educational institutions, including the Ogwashi-Uku Polytechnic, Delta State, and others.

Late Ambrose Alli was arrested after the December 31, 1983 coup led by Major General Muhammadu Buhari. He was among the political leaders detained and later sentenced to years of imprisonment.  Before the military coup, Governor Alli had challenged the federal government of the National Party of Nigeria (NPN) under the leadership of late President Shehu Shagari, to declared openly the revenue generated in the Federation Account and how they were shared. He took the federal government to court on the matter.

Late Governor Ambrose Alli also led agitation for resource control and the creation of more local government areas at the time when it was forbidden to talk about the subject.
September 22 marks 25 years of the death of Professor Ambrose Alli, and 85 years birthday anniversary. Alli died on his birthday at 60 after his prison’s travail in the hands of the military.