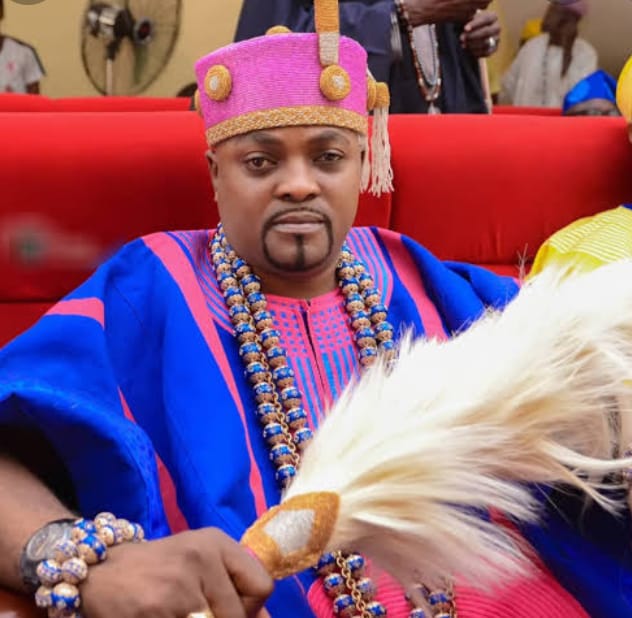 At Odeda, in Ogun, there’s a kingdom run like that of the honey bees. Its queen is Halima Oniru, resourceful and productive; the drone, fat fed and sheltered, is Olu of Orile-Kemta, Oba Adetokunbo Tejuoso.

It was a happy colony until Halima got tired, and voiced out. According to a petition by her lawyer J.S. Agada &Co to IGP Usman Baba, her honeyman, his-royal-highness, is a fraud.

But before that revelation, a lot had happened, and she bore it all. After all, all is sweet in love and war.

While they were courting, Oba Tejuoso, she alleged, borrowed up to N150m from her company Haleem on the pretence of “pursuing a chieftaincy title in Ogun state”.

To keep her sweet, Tejuoso at one time presented to her forged receipts of some of the transactions.

“In the guise of doing certain kind of business, he continued to place incessant/continuous demand for monies of my business running into hundreds of millions,” she said.

“We finally came together and were co-habiting as husband and wife,” she said.

Queen Halima was then able to know the oba a lot more, inclsuding what she now described as nefarious activities”.

Perhaps she didn’t know His Majesty is also a pugilist.

Because when she confronted, he got the drubbing of her life.

“As a result, he started beating me,  and attempted killing me at any slightest opportunity,” she said in the petition.

Oba Tejusoso, she said, eventually hurled her out of his kingdom with just about the clothes she had on back.

But Tejuoso said all these are a tissue of lies—except that he actually stung her for money—but not as much as N150 million..

“I wouldn’t want to say anything negative about her,” he said, when reacting to the allegations.

What happened, he said, was she just fell into a gutter on the palace grounds, and got all the black eye and knobs and bruises.

“But she painted that picture to show the police that I was the one that beat her.”

Because there’s nobody to bear witness, HRH decided to swear.

“If that statement is a lie, let the God of heaven crush my life. But if it is not a lie, let God spare my life,” he said.

And for the bloody liar:  “Let the wrath of heaven come upon the person.”