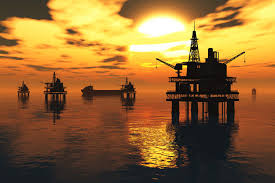 Angola has overtaken Nigeria as Africa’s biggest oil producer with the recent drop in Nigeria’s crude production which fell by 250,000 barrels per day in November, 2015.

According the latest monthly oil market report released by the Organization of Petroleum Exporting Countries, Nigeria recorded the biggest drop in output in November among its peers in OPEC, followed by Saudi Arabia, the group’s biggest producer.

The report put Nigeria’s crude production at about 1.607 million bpd in November based on direct communication, down from 1.812 million bpd in October.

Africa’s oil supply is projected to decline by 30,000 bpd to average 2.31 million bpd in 2016 year-on-year, unchanged from last month’s prediction, according to the report. Angola saw its oil output dropped to 1.722 million bpd last month from 1.762 million bpd in October.

With the oil glut crisis that has forced the prices of crude to less than $40 per barrel, OPEC in the report said supply from Africa is expected to decline by 30,000 bpd to average 2.31 million bpd in 2016.