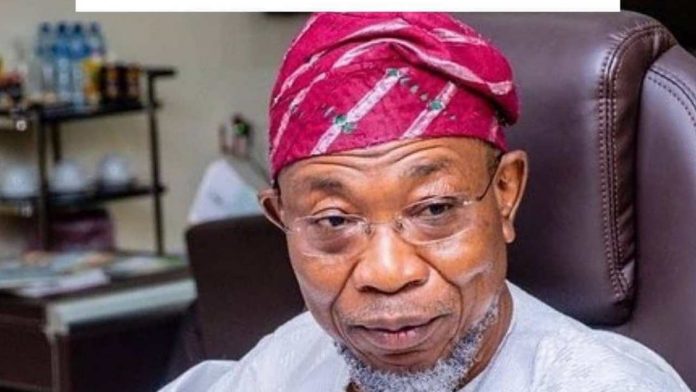 Following parallel congresses of the All Progressives Congress (APC) held in some states on Saturday, chieftains of the party like Ibikunle Amosun, Rauf Aregbesola, Lai Muhammed and many others may lose out in the power tussle with their states governor.

National Daily learnt that the party’s national body would only recognize executive councils supported by incumbent governors in the APC states, and in non-controlled APC states, it would recognise congresses endorsed by the highest political office holders in such states.

With this development, chieftains of the party including Senator Ibikunle Amosun, the Minister of Interior, Rauf Aregbeola, and the Minister of Information and Culture, Lai Mohammed, might lose out in the power tussle in their states.

Violence and protests rocked the APC congresses that were held across the country on Saturday with factions emerging in states including Lagos, Ogun, Kwara, Osun and Kano.

In Ogun State, a faction loyal to a former Governor of the state, Senator Amosun, which held its congress at the palace of Alake of Egbaland, elected Chief Derin Adebiyi as the chairman.

But another faction supported by the incumbent Governor, Prince Dapo Abiodun, held its congress at the MKO Abiola Stadium, where Chief Yemi Sanusi, emerged the chairman.

The Lagos State APC congress, which was held at the Mobolaji Johnson Arena Stadium, was attended by Governor Babajide Sanwo-Olu.

Cornelius Ojelade emerged as the consensus chairman at the congress, while a rival faction, Lagos4Lagos, at the Airport Hotel Ikeja, elected Sunday Ajayi from the Agege Local Government to lead the party.

In Osun State, parallel congresses were also held by groups loyal to the state Governor, Adegboyega Oyetola and his predecessor, Aregbesola.

On Sunday, it was gathered in Abuja that in line with its tradition, the APC would accord recognition to the governors and in some cases, the highest political office holders from states where the party was not in power.

A member of the party’s national caucus, who spoke on condition of anonymity, “so as not to jeopardise reconciliation efforts” said, “Why will a former governor want to challenge a sitting governor who we all know is the leader of the party in the state? It has been the practice to respect our sitting governors in such matters.”

This was in response to cases of parallel congresses in Ogun, Kwara, Enugu, and Kano states among others.

On his part, a former Legal Adviser of the APC, Muiz Banire, on Sunday said mass defections were imminent in the party.

Banire hinted that the factions not recognised by the national leadership of the APC might be forced to exit the party.

Speaking on Sunday Politics, a current affairs programme on Channels Television, the Senior Advocate of Nigeria recalled predicting the present developments in the APC.

According to him, most of the people that are already outside or declared to be outside by the party “will find their way elsewhere…to another platform. I think that will be the eventual consequence.”