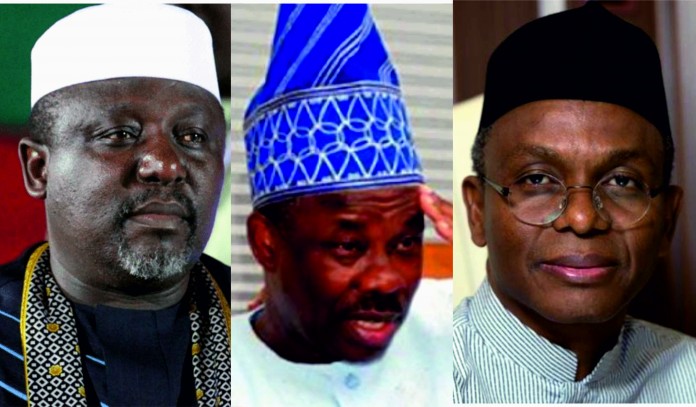 • Cracks in the ruling party deepens

THE Progressives Governors Forum, comprising an aggregate of governors elected on the platform of the All Progressives Congress (APC), has joined other forces in the party contesting a hegemonic cabal believed to be controlling affairs in the Presidency. The governors covertly confronted President Muhammadu Buhari last week at the Presidential Villa over certain political decisions that have been preponderantly dominated by the influence of the cabal accused within the APC of controlling the President.

The most burning issue the cabal is believed to have frequently taken advantage of is political appointments made by President Buhari, particularly, ministerial appointments and heads of federal departments and agencies. Apparently, the APC Governors appeared to have gone beyond the limits of patience after the submission of the ambassadorial nominees to the Senate for screening and endorsement, and were compelled to confront the President to express their dissatisfaction over the process federal appointments have been made since APC took over the federal government without their involvement or consultation. Worse still, their nominees were often ignored by the President for personalities that are sponsored by lower political entities in the party.

The sequential negligence to consult the governors or APC notable leaders in the various political appointments made the President has been attributed to the dominance of the cabal influencing or determining decisions for approval by the President.

Moreover, the cabal has also been accused of hijacking the institutions of the federal government to strengthen their personal political forte or those of their allies in the various power struggles involving several APC leaders since the inauguration of the Buhari administration.

First, President of the Seante, Dr. Abubakar Bukola Saraki, raised alarm, penultimate week, that there exists a government in Buhari’s ‘government’, insinuating that a cabal has hijacked the Buhari administration.

Several stakeholders merely perceived Saraki crying foul because of his case at the Code of Conduct Tribunal (CCT).

Subsequently, the feud that erupted between the APC national leader, Asiwaju bola Ahmed Tinubu, and APC national chairman, Chief John Odigie-Oyegun, in relation to the Ondo State governorship election primary, further gave credence to the existence of a cabal in the APC-controlled federal government, including the hierarchical structure of the party.

Some APC stakeholders and contenders for the party’s ticket in Ondo had made allegation of forces from Abuja that manipulated the party’s primary election to ensure the victory of Chief Rotimi Akeredolu.

More so, the cabal phenomenon manifested in the recent interview the President’s wife, Aisha Buhari, granted to the BBC Hausa Service which generated monumental controversies across the country. She also made reference to a cabal in the husband’s administration.

However, Chairman of the Progressives Governors Forum, Anayo Rochas Okorocha, Governor of Imo State, led the APC governors to adopt a subtle approach in engaging President Buhari towards dismantling the controversial cabal in the Presidency.

The governors, in their audience with President Buhari at the Presidential Villa last week, were gathered to have held a broad meeting also attended by the Vice President, Professor Yemi Osinbajo, Babachir Lawal, Secretary to the Government of the Federation (SGF), and certain other presidential aides.

It was also gathered that at the broad meeting, the Progressives Governors requested for another audience with President Buhari for a restricted meeting that will involve only six governors with the vice president also in attendance.

On the agenda at the broad meeting, Governor Okorocha was gathered to have disclosed that they were at the Presidential Villa to commend President Buhari on the success recorded in the rescue of 21 Chibok girls and to urge him to adopt similar strategy to secure the release of the rest abducted girls; also, to encourage the President on the wear against corruption. The governor further narrated, among others: “We also looked at the issue of the Ondo election and said we are happy that we have delivered the first state under his administration, which is Edo, but in Ondo, the governors have decided to show support for that election so that APC will take over the government of Ondo State.”

Governor Okorocha was also said to have admitted that the crisis in the APC could affect the party in the Ondo governorship poll; he was, however, optimistic expressed that the crisis would be resolved before the elections.

The restricted meeting was scheduled for the governors to demonstrate their discontentment over their exclusion from decisions on patronage from the federal government which include political appointments from their respective states. The governors protested that they were being consulted and rather excluded from nominating persons from their states for federal appointments.

The restricted meeting was said to have been held in the personal office of the President. The governors complained that they were not consulted in the appointments form from their states, an agitation that portends that the decisions are often taken by the cabal in the Presidency.

Accordingly, the governors were said to have rejected the several ambassadorial nominees from their respective states as a process of truncating the hegemony of the cabal determining federal appointments for the President.

More so, some unalloyed loyalists of most of the governors and other prominent APC leaders also had the courage to turn down their nomination for appointments by the President.

Invariably, the cracks in the APC are deepening by the day, culminating into perpetual diminishing of President Buhari’s goodwill and the popularity of the APC. 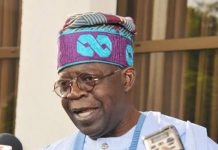 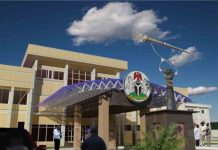