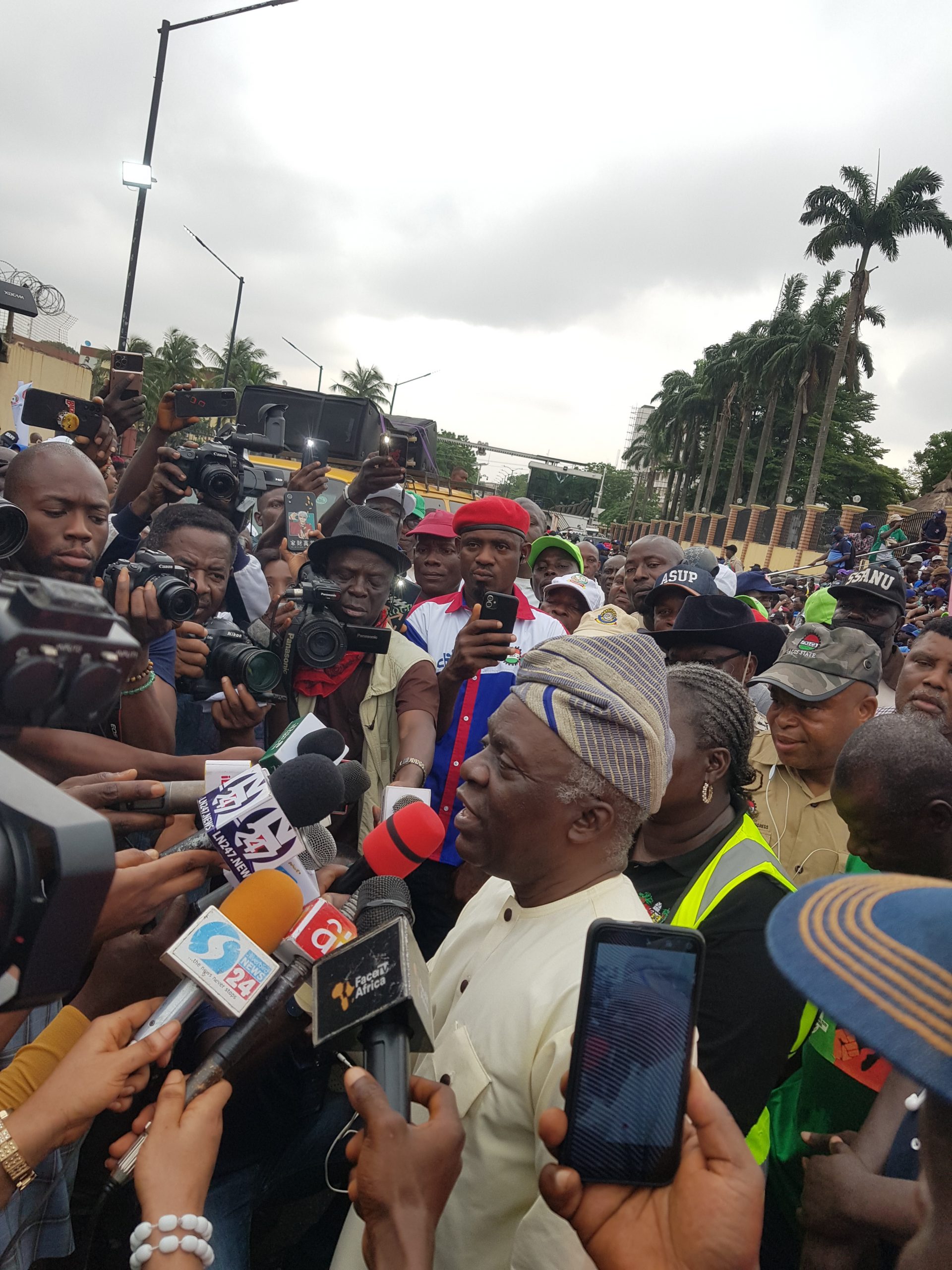 The Lagos State Chapter of the Nigeria Labour Congress (NLC) has berated the federal government for having deliberately stifled the education sector of funds.

NLC made the assertion at the climax of a peaceful walk/protest staged from Ikeja Underbridge to the Lagos House in Alausa on Tuesday.

The Lagos State Chairman of NLC, Comrade Mrs. Funmi Sessi while reading out the body’s letter before official presentation to the state government personnel, who received it on behalf of the Governor maintained that the strike action embarked on by the Academic Staff Union of Universities (ASUU) will be heightened if their demand’s are not met.

In the letter titled ‘Strike in the tertiary education sub-sector: Request for intervention’, it was stated that non-observance by government of the agreements it voluntarily entered into with the unions and the imposition of IPPIS on the University unions are the root cause of the strike.

“We are dismayed by the Federal Government’s paralysis and reluctance to take the necessary steps that could lead to the peaceful resolution of the issues in dispute and extension, and the strike. 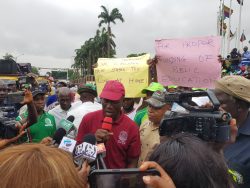 Sessi maintained that after many attempt to broker truce, all responses gotten from government was tokenistic and not sufficient.

Adding that due to government’s non challant mien on the matter, the NLC has resolved to hold rallies in the 36 states of the federation and FCT.

The union also demanded for the following in their letter:

“The immediate concern would be the immediate payment of the salaries of University staff,shelve IPPIS,honour agreements government entered into or re-negotiate in good faith.

“Rebuild confidences, establish a framework for repositioning our universities for competitive service delivery and relevance in line with their mandate.”

Barrister Femi Falana (SAN) who was part of the peaceful trek while speaking to the basis of the protest noted that the five wasted months of the students academic calendar adding to the nine months last year is uncalled for, as the funds acclaimed to have been looted if recovered from ten of those declared looters is deployed into the education sector would have fixed the issues bedevilling it.

“Collect money from ten of your people, ten looters to resolve this problem, one of them was charged on Friday. 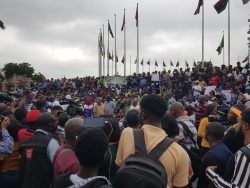 “You know recently in Abuja they were using dollars to pay delegates, we have more dollars in Nigeria than in America.

“America is a cashless economy,if you are caught giving out 1000 dollars cash, they are going to question you, but in Nigeria they were distributing millions of dollars.

“Under section 16 of the Central Bank Act the means of exchange in Nigeria is Naira and Kobo, the legal tender in Nigeria, henceforth we are going to insist in collaboration with the labour union that nobody must spend dollars in Nigeria.

“It is a criminal offence.

“Many of the people in government belong to my generation, when we went to school University was free virtually.

“We were spending only 50kobo a day to feed. 20kobo for chicken and Jollof rice, ice cream in the University in Nigeria. So for those who enjoy such benefit you are now saying it is no longer possible to educate our people, we reject such lies and deceit.”

The protesting body wielding placards with bold inscriptions to drive home their demands: “Stop Poverty& Hunger reverse the price increase now. “Nigeria at 60 years of Independence  More hunger in the land!, “For Proper Funding of Public Education, “Federal Government Children Have Stayed Too Long At Home!” and more besieged the Lagos House.

The Joint Action Front General Secretary Comrade Abiodun Arem, while corroborating the stance earlier initiated flays the claim of fund paucity in the treasury as not tenable, giving the high rate of fleecing that obtains in the government circles.

“Education must be publicly funded. Nigeria has enough resources Nigeria is not broke, the instrument of debt servicing is to loot the treasury.

The Lagos National Union of Bank Insurance and Financial Institution Employees (NUBIFIE) Chairman Comrade Ajila Wasiu  speaking on the importance NLC’s action, notes that the situation on ground is unpalatable and should no longer be tolerated.

“We need to make our leaders know that we are trailing them and it is high time we take back the whole Federation for Nigerians.

“We are the rightful owners of Nigeria, where trillions of Naira are being embezzled and the government claimed paucity of funds as the reason they cannot  accede to ASUU’s demand, it is not acceptable.”

Also Comrade Stella Adu, the National Female Rep for NUBIFIE in reaction to the issue, maintained that the problem is taking its toll on the students, whose future gets mortgaged by the problematic situation as they wasted years doing nothing.

“It is not good for our students, who now use seven years studying a five years course, the labour market expect them to get fixed by 24 years old, but unfortunately they get to exit this age bracket before leaving school.

“This delay in the academic session makes it hard for them to get a job in future, we are pleading because this is just a rally and we are pleading with government to discuss with ASUU and find a lasting solution to the situation.” Adu said.