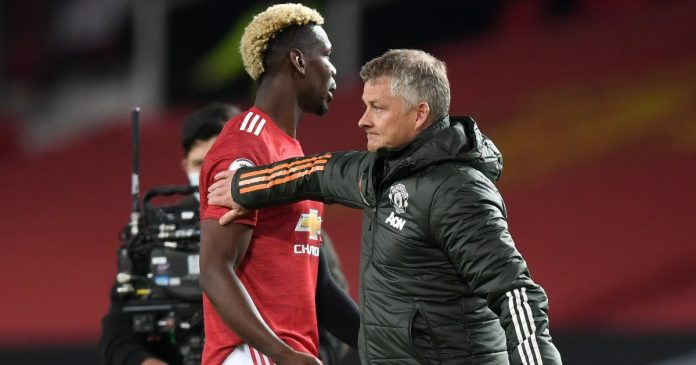 The undesirable news that United were humiliated by arch-rivals at Old Trafford may have remained a bitter pill to be swallowed by the Red Devils fans.

And since then an unwanted report on Paul Pogba’s beef with United’s boss Ole Gunnar Solskjaer has emerged.

The Frenchman who came as a substitute at half-time with United already 4-0 down however was sadly sent for an early shower as he lasted only 15 minutes on the pitch following his dismissal after a lunge on Liverpool’s Naby Keita.

Meanwhile following Pogba’s red card, National Daily understands that The Sun has reported that the France international apologised to his teammates for his mistake – but did not speak to Solskjaer in the dressing room.

The report further added that the 28-year-old has put new contract talks on hold once again, with his current deal set to expire in the summer.

But the report reaching National Daily at the moment reveals that Pogba has now hit out at the previous claim as reported by The Sun on social media when he posted a screen shot of the article on Twitter with the caption ‘big lies to make headlines’.

In a more detailed response on Instagram, Pogba is believed to have launched a withering attack on the article, insisting the only reason he was responding to it was out of respect for his ‘coach, club and fans’.

‘Big lies to make headlines. Journalists who use my name to be seen when there is nothing to see.

‘The only reason I address this b.s is out of respect to my coach, club and fans to send a clear message: the less you read these people the better you are, they have no shame and will say just anything with no basis AT ALL.