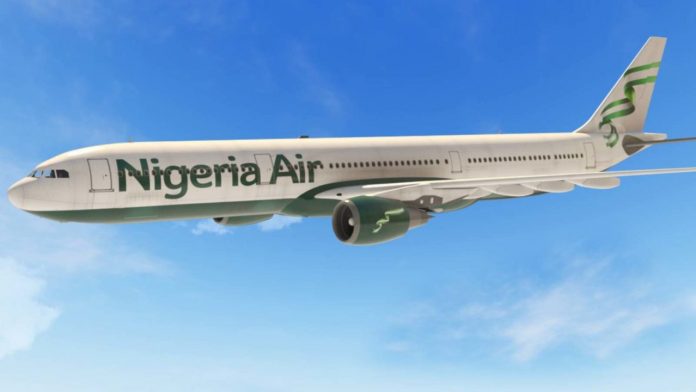 AS the national carrier debate gets hotter, the question on the lips of everyone is whether the government pulls this through. The debate for a national carrier for Nigeria will never go away depending on the side or position one takes.

In the face of doubts and pessimism, Aviation Minister Hadi Sirika had pursued the project with vigour and enthusiasm even at a time the project looked jinxed and appeared unrealistic.

He said that the ministry only suspended the project to put adequate measures in place, promising that the project would be delivered soon.

He said the project, which was President Muhammadu Buhari’s brainchild, would not be allowed to die.

He expressed concern that despite being a huge aviation market, Nigeria could not boast of a national carrier.

He said, “We have to suspend the earlier plans for the national carrier for strategic reasons. The move was not killed.

”Provisions have to be made to continue to fund activities of advisers and so on, to ensure that it is delivered. The carrier will be delivered within the life of this administration, I can assure you. It is not forgotten by the government. It will continue and we are doing everything we can to deliver it,” he said.

The minister, however, stated that the carrier would not be funded solely by the government.

”It is Public-Private Partnership (PPP). The private sector will lead and deliver while the government will play its role. Viability funding is also being addressed. After that, then the full business case which is the implementation stage. It is at that point that it will be advertised for people to come in and participate,” he said.

He noted that the process would be transparently done through local and international fora and media.

In 2014 before he was elected, President Buhari made the setting up of a national carrier one of his priorities if he got to be elected as Nigeria’s president. Five years have gone past and the country is yet to be bequeathed with one of the promises of Mr. President.

It is heartbreaking that one of the few countries that started the race with Nigeria has progressed better than Nigeria and has actually set up its own national airlines because of the huge gaps domestic airlines have not been able to fill.

Amid the slow pace of action on setting up a national carrier for Nigeria, some stakeholders even suggested that Arik and Aero Contractors, two airlines that technically belong to the Federal Government, be merged to make it easier if the government is in a conundrum on what to do after boxing itself into a corner.

At a point, the buzz around what people described as a wonderful idea if the government pulls it through is waning as this may end up as another failed project considering the fact that the governments before now had tried unsuccessfully to give the country a national airline, which has divided opinion among those who believe in the idea and others who see it as an unprofitable venture.

The April 2022 rollout date has generated both positive and negative vibes in equal measure. In fact, the absence of known technical partners, and the mandatory Air Transport Licence (ATL), as well as the Air Operating Certificate (AOC) being in the works have raised suspicion regarding the birth of a government-backed airline.

They also hinged their pessimism on previous failed promises by the Federal Government to float a national carrier.

At the Federal Executive Council (FEC) meeting where the announcement for a new national carrier was announced, Sirika argued that the national carrier would be run by a company in which the Nigerian Government would hold a five percent stake, leaving 46 percent to Nigerian entrepreneurs, while the remaining 49 percent will be reserved for yet to be assigned strategic equity partners, including foreign investors.

The minister explained that the airline would start operations with three wet-leased aircraft, as it would take about three to five years to take delivery of an aircraft that was ordered for.

Some of the experts faulted the timeline given by the Federal Government to deliver the project, saying the timeline appears unrealistic; that there were no structures on the ground to suggest the delivery of the project.

Aviation industry analyst and Head of Strategy Zenith Travels, Mr. Olumide Ohunayo, described Sirika’s announcement as suspicious. He said the five to six months’ timeline was too hasty to deliver a new carrier, which is yet to have a solid structure and is yet to begin its certification process for its Air Operators Certificate (AOC).

His words: “There is nothing on the ground, no structure, no investor in place; nobody is known both in the foreign and Nigerian partners. In the next six months, the airline is expected to go through a rigorous process of licensing to fly in April 2022. That would be a miracle.

Others faulted the classification of the new carrier as ‘national’ because, according to them, government equity was only a paltry five percent. They also noted that the new airline’s certification procedure, the unveiling of the partners, and other details concerning the new airline are still unclear.

For instance, industry analyst and Chief Executive Officer, Centurion Securities, Group Captain John Ojikutu (Rtd), said the government had spent too much time since 2017 on the issue of establishing a national carrier.

“How long has it taken all the new airlines to prepare for their commercial operations?” he asked, noting, “they all started much later than the ‘national carrier’ we began its rollout in 2017.”

Chief Executive of Belujane Consult and former spokesman for liquidated Nigeria Airways, Mr. Chris Azu Aligbe said the country needed the carrier now more than ever, stressing that he expected that Nigeria Air would have taken off much earlier, even before the COVID-19 induced economic crisis.

Aligbe, however, insisted that Nigerian aviation needed a formidable carrier in the status of a national carrier to go farther than any private carrier could do.

He said despite the paucity of global investors, the airline project was an opportunity for investors that would be ready to take the risk.

He further stated, “We need a national flag carrier. It is necessary now if we are talking about Single African Air Transport Market (SAATM) and the African Continental Free Trade Area is a free trade (AfCFA) which tend to accelerate intra-African trade and boost Africa’s trading position in the global market by strengthening Africa’s common voice and policy space in global trade negotiations. We need an airline to drive it”.

“We will lose out if we don’t take advantage of these two instruments that would boost trade across the continent of Africa.”

The immediate past Secretary-General of the National Union of Air Transport Employees (NUATE) Yinka Abioye backed the project.

He said, “I wish to congratulate the Minister for his foresight and commitment to the growth and development of the Nigerian aviation system”.

“As the de facto implementer of all relevant aviation policies, we shall look forward to seeing the National carrier unveiled as he has promised in 2022, God sparing our lives.” Since he holds the aces, knows more than what we know, and the processes of delivering this expected baby, we shall give him all the necessary support required. There is nothing impossible in Nigeria”.

The question is, does every country still need a national airline? The consensus is that as more countries adopt ‘Open Skies’ agreements and open their borders with neighbours, each country no longer needs its own airline, particularly loss-making ones supported by governments.

An airline operator who craved anonymity, said, “If the choice was whether I wanted to have a national airline and pay a shitload of taxpayer money just to maintain the flag on airplanes, compared to having someone else come and fill the void, I’d choose someone else,” he said. “If nations want their flags to be carried, they can do it in many other ways.”

Of course, not everyone agrees. Many governments see national airlines as “embassies with wings” and key tools for global trade. Others view their national airline as a public utility and fear that if it goes out of business, no other carrier will backfill the routes. Some like having a national airline merely for patriotism, national pride, and nostalgia.

Many of these national carriers have rich histories, but without major restructuring, they all likely will continue to suffer. If they want to keep flying many will require taxpayers’ largesse.