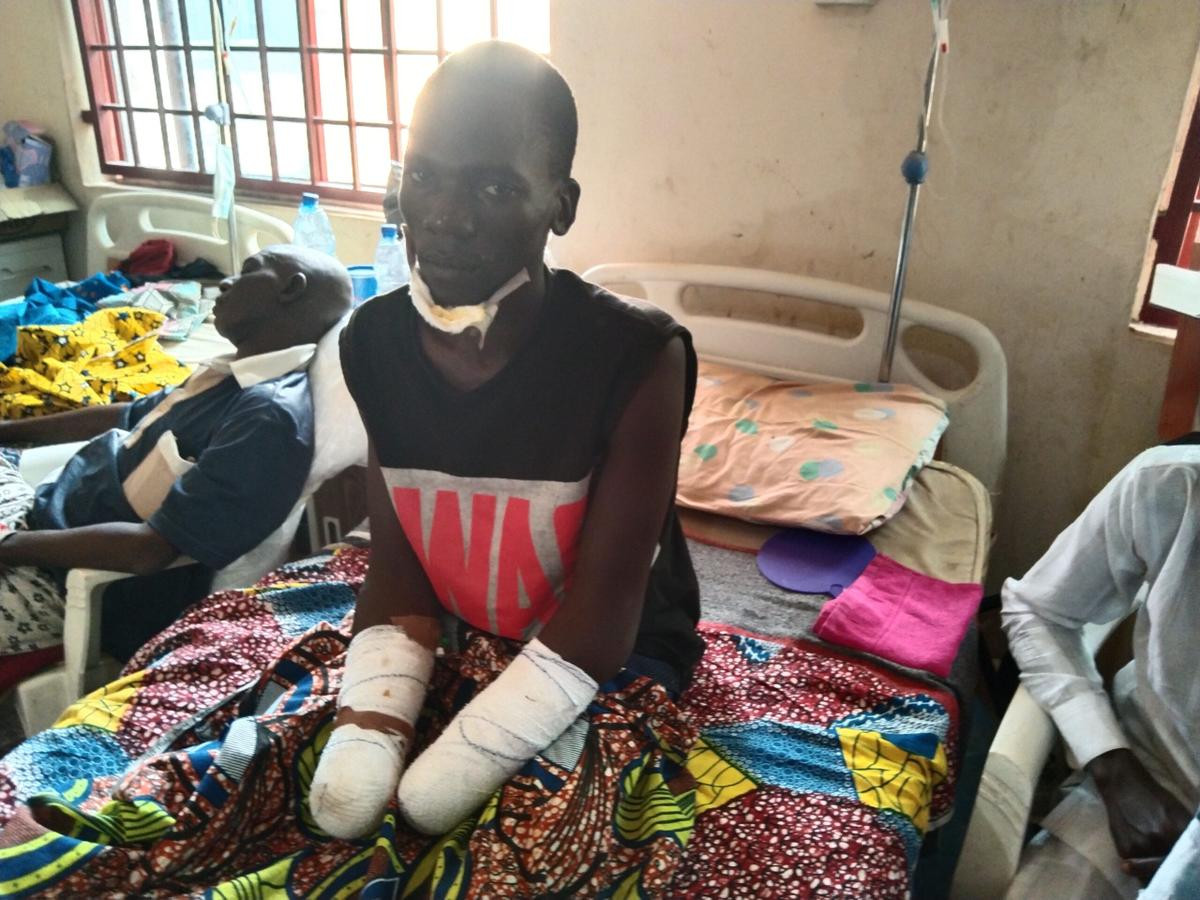 Yahaya Muhammed Galadima,25, an auto mechanic, was attacked by bandits, they chopped off his hands and he is currently receiving treatment at the hospital in Nasarawa State.

Galadima, who specializes in repairing J5 vehicles, was ambushed while returning from Rukubi in Doma Local Government Area of Nasarawa State and attacked by the bandits.

“It happened around 8:00 pm. I was with one of my apprentices, Salisu Haruna, who followed me to Rukubi in the Doma Local Government Area of the state.

We went there on my motorcycle to work in one of my customer’s houses as his J5 bus had developed some mechanical fault.

While on our way back from Agbabo along Rukubi before Yeluwa, all of a sudden we were ambushed. Before we knew what was happening both of us fell off my motorcycle.”

Speaking further, Galadima said that the gunmen collected the money he had on him at the time including his mobile phone. He said after they had inflicted several machete cuts on him, they snatched his motorcycle.

“Before asking them what was wrong, they cut off my two hands,” he added.

Confirming the incident, the spokesperson for the Nasarawa State Police Command, ASP Nansel Ramhan, appealed to members of the public to avail the police with useful information that will lead to the arrest of the culprits.

Man reveals why he prepared own funeral while still alive