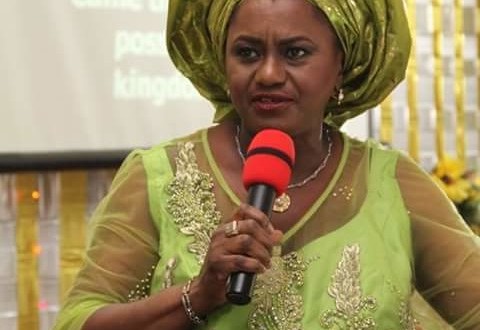 The Deputy Governor of Rivers State, Dr. Ipalibo Harry Banigo, has urged Science teachers in the State to help the Rivers Child develop interest in the core science subjects.

The Deputy Governor stated this during a courtesy visit to her office by members of the Rivers State Chapter of the Science Teachers Association of Nigeria (STAN) at the Government House, Port Harcourt.

The Deputy Governor, who expressed worries that children no longer have interest in Science and Mathematics remarked:“These days our children don’t seem to be interested in Science and Technology anymore there is so much falling standard in Mathematics and Engineering it’s a bit saddening because that is the direction the whole world is going in the area of Technology, whatever you can do to propagate enhanced interest of our children in these core Science Subjects Government is ready to support you.”

Dr. Banigo advised the Science Teachers to do more advocacy in churches, families and in any area they can to see that standards in the Core Subjects are brought up to speed in our schools.

She said teachers must go for training and retraining to equip themselves in order to impact knowledge that will enable our children compete favourably with their peers from other climes. Stressing that teachers at all levels must avoid absenteeism and remain in the classroom to teach the children.

According to Dr. Banigo Governor Wike the education loving Governor of Rivers State has more or less declared an emergency in the education sector in order to reverse the back ward trend education had suffered in the recent past.

“Our education loving Governor knows what it takes to improve education having been a Minister of Education in the Country himself that is why he is renovating 175 primary schools, secondary schools, and has paid up the counterpart funding for the State Universal Primary Education Board which was not paid for several years” she disclosed.

According to him STAN is a nonprofit making body with no religious bias whose aim is focused in building up the capacity of all Science, Technology, and Engineering and Mathematics (STEM) teachers through training and retraining programmes.

He acknowledged the developmental strides of the Wike led Administration saying “STAN joins well-meaning people to congratulate the Governor for the giant strides in educational development of the State especially regular payment of salaries of the teachers and renovation works of some secondary schools with new facilities.”