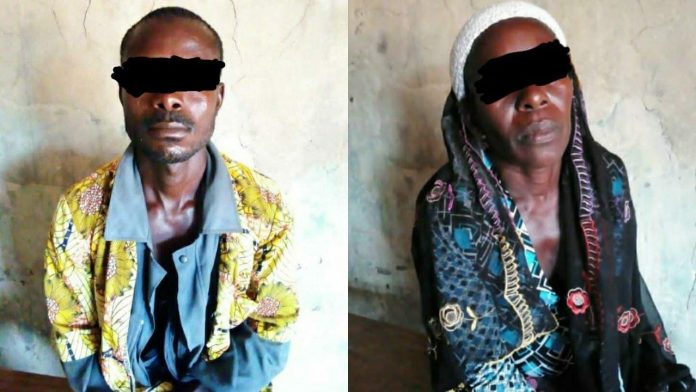 Fati, the matriarch of the incestuous family recently deported from Nigeria, has stated her reason for sleeping with her sons and getting pregnant thrice for one of them.

She asked for forgiveness, too.

According to operatives of the NSDC who arrested and interrogated her, Fati claim she has a problem—a psychological problem.

That confession kept the interrogators wondering what mental problem it that makes mother and sons make love and in-breed.

Moreover, Fati claimed she has been suffering from this for 15 years. That means she is conscious of the kinky lifestyle running in her family.

Fati has three son for elder son Adamu, and was caught making love to her second son Boni on the farm in Kaiama LGA, Kwara, weeks ago.

It was the jealousy provoked that pitted the two brothers against each oher, and the ensuing rage attracted neighbours.