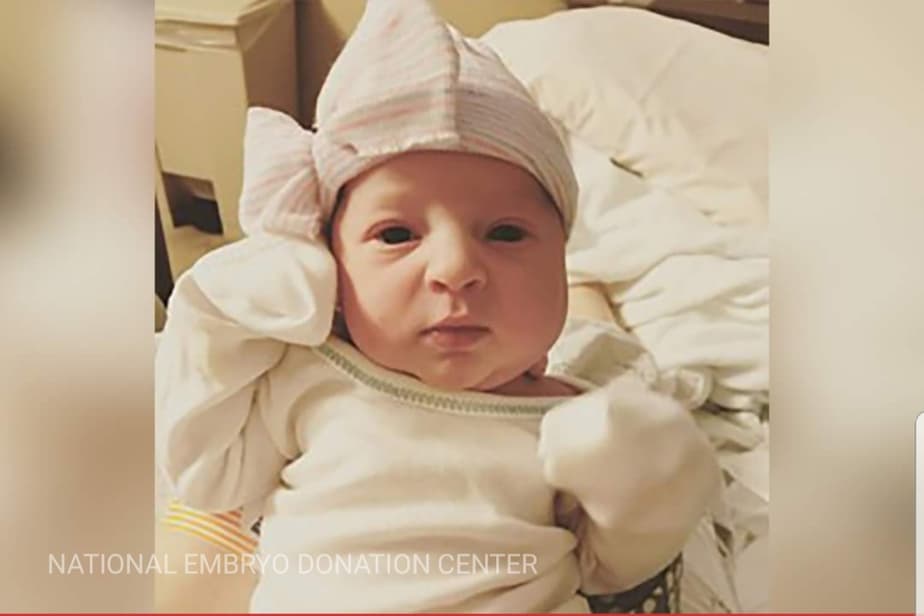 A 25-year-old woman gave birth to a baby girl who is one year younger.  Apparently, the mother is one year older than her daughter.

National Daily, however, gathered that the baby was developed from an embryo frozen 24 years ago, precisely on October 14, 1992, although it wasn’t thawed until March 2017 when it was ready to be implanted in the mother’s uterus.

Researchers at the University of Tennessee Preston Medical Library believe it to be the longest-frozen embryo to be born and survive.

The Tennessee mother, Tina Gibson, was said to be 1¹/₂ years old, herself, when the egg was frozen. She gave birth to her daughter, Emma Wren, on November 25, 2017.

“Do you realize I’m only 25? This embryo and I could have been best friends,” Tina Gibson was cited to have said shortly after being implanted with the embryo.

National Daily learnt that Gibson and her husband, Benjamin, 33, could not conceive their own child because the husband suffered cystic fibrosis. The condition can cause infertility.

Husband and wife were planning to adopt when they learned about the National Embryo Donation Center (NEDC) in Knoxville, Tennessee.

“I just came home one day, I looked at Benjamin, and I said, ‘I think we need to submit an application for embryo adoption,’ ” Tina had narrated.

The couple were said to have submitted an application that same night and although there many others on the list, they were selected.

Proud father, Benjamin, had said his daughter is no worse for the wear after her time in the freezer.

“Emma is such a sweet miracle.

“I think she looks pretty perfect to have been frozen all those years ago,’’ Benjamin remarked.

Gibson had admitted that she couldn’t care less how long Emma was put on ice.