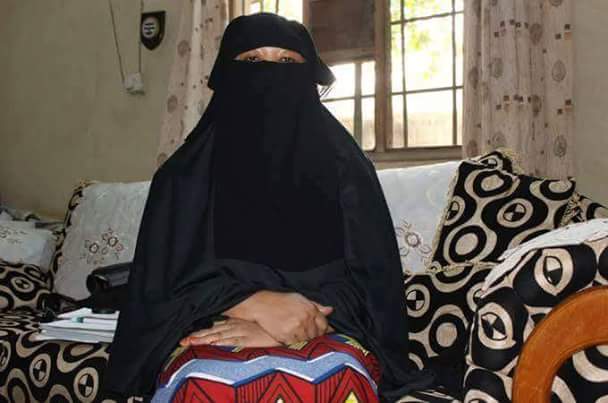 Terror group, Boko Haram who have killed thousands in North-East region of Nigeria and kidnapped 219 school girls are believed to be ready to dialogue with the Federal Government. This is according to Hajiya Aisha Wakil, who is believed to be close to the Boko Haram leadership. “Since I came back, I have been on their neck. They have now agreed to come out and discuss with the government and bring back the girls. “I am for the Chibok girls and all the captives. They are ready for peace. This is what they told me. “I think they might post some information on YouTube within 24 hours.”

Recall that the Army on August 14 declared Hajiya Aisha and two others, Ahmed Salkida, and Amb. Ahmed Umar Bolori wanted for interrogation in line with the Terrorism Prevention Act 2011 (as amended). But reacting to the army’s statement, she said: “I am Aisha Alkali Wakil. I understand that the military declared me, Ahmed Silkida and Ahmed Bolori wanted for having links with Boko Haram. It’s interesting; now they believe me? “I know the Boko Haram boys. I have been in front fighting for peace long before Chibok girls were kidnapped. Nigerian security knows me too well. I’m not shady.

Why declaring me wanted? “I have had meetings with Chief of Army Staff and his people. I told them the way forward, to allow me come with some commanders of Boko Haram and  discuss with them,  present the release of CBGs but they chose to do things their own ways only and never gave considerations to any of my suggestions. “I want to inform the Nigerian people of my innocence and make them realise that I am in constant relation with the security personnel and they know where to find me but wonder why I had to be declared wanted on national news, even mentioning my husband’s name alongside.

“This has put my immediate and extended family under a lot of pressure and I do not deserve this from the Nigerian government. “Though they may not appreciate all my efforts to proffer peaceful solutions to the menace of Boko Haram, my name should not be mudslinged nor my character defamed. Thank you.” With Aisha Wakil’s new revelation and President Muhammadu Buhari’s words in Kenya, the end of the deadly group seems near.

President Buhari had said ‘I have made a couple of comments on the Chibok girls and it seems to me that much of it has been politicized. ‘‘What we said is that the government which I preside over is prepared to talk to bonafide leaders of Boko Haram. ‘‘If they do not want to talk to us directly, let them pick an internationally recognized Non-Governmental Organization (NGO), convince them that they are holding the girls and that they want Nigeria to release a number of Boko Haram leaders in detention, which they are supposed to know. ‘‘If they do it through the ‘modified leadership’ of Boko Haram and they talk with an internationally recognized NGO, then Nigeria will be prepared to discuss for their release.” Meanwhile, members of the BringBackOurGirls campaign, were stopped from entering Presidential Villa in Abuja.