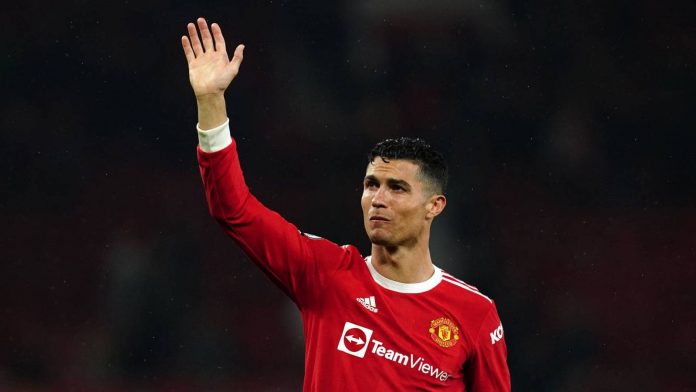 The news of Cristiano Ronaldo’s desire to leave Old Trafford in search of Champions League football has recently dominated the transfer discussion after the 37-year-old had previously approached United’s hierarchy advising them to consider offers for him.

The report was strengthened following the five-time Ballon d’Or Award winner and his agent reported meeting to further reiterate his intention when he held talks with Erik ten Hag and senior board members on Wednesday with Jorge Mendes arguing that his client should be released as a reward for his ‘loyalty’, according to The Sun.

National Daily had previously observed that Ronaldo who missed the entirety of United’s pre-season campaign heading to the start of Ten Hag’s tenure had cited a ‘family reason’ for his absence as he remained in Portugal.

United, however, have encouragingly continued their pre-season after recording a 4-1 win over Wrexham in a behind-closed-doors friendly earlier this week which featured new signings Lisandro Martinez and Christian Eriksen, who scored a superb free-kick National Daily can confirm.

Ronaldo is said to have watched the game from the sidelines and is unlikely to feature in Saturday’s game against Atletico Madrid in Oslo and will instead focus on building up his fitness.

The La Liga giants were previously reported to be one of the clubs still vying to engage the Portuguese despite the club’s president insisting that they lack the funds to do a deal, while a group of fans released a statement telling Ronaldo he isn’t welcome.

The likes of Bayern Munich, Barcelona, Paris Saint-Germain and Chelsea have all ruled themselves out of the running, severely limiting Ronaldo’s escape routes.

Meanwhile, Ronaldo’s first club Sporting Lisbon have been linked with a bid, while Serie A club Napoli are believed to be monitoring the Portuguese situation.

United, for their part, insist last season’s 24-goal top scorer isn’t for sale, but Ronaldo has urged United to name their price so that a move to the club of his choice can be triggered.

Ronaldo is desperate to move to a club playing in next season’s Champions League so he can solidify his position as the competition’s leading goal-scorer and appearance maker.

Despite his continued excellence, United missed out on a top four place last season in the Premier League by a huge margin after they recorded their lowest ever points tally.

In a bid to bolster their squad, on top of the additions of Eriksen and Martinez, United have added young Dutch full-back Tyrel Malacia to their ranks, but Ronaldo believes the team is still some way from being competitive.

United will hope to continue with their pre-season brilliant form when they open their Premier League season at home against Brighton come August 7 with Brentford, Liverpool and Southampton lining up to complete their August fixtures.