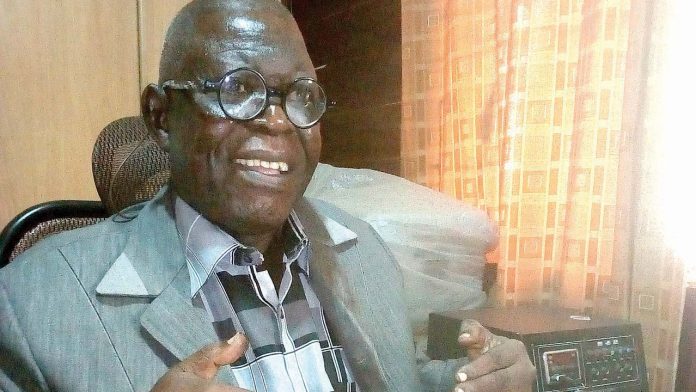 The National Democratic Coalition (NADECO) has called for a new constitution before the next general election, stressing that, current administration has used the disputed constitution to cage Nigerians.

In its Independence Day message, Secretary of the group, Ayo Opadokun, said any election conducted under the flawed 1999 Constitution will be defective.

He said: “This administration prefers to trivialise the genuine refusals of the entrapped, humiliated and oppressed ethnic nationalities to guarantee further obedience and subservience to the forged 1999 Constitution that has transformed them into enslaved and conquered nationalities and had been used to appropriate to the ruling oligarchy through the misuse of state coercive instruments”

He said NADECO will support the decision of the entrapped ethnic nationalities, not to be bound again or participate in any purported elections under the disputed and forged 1999 Constitution in which they had no participation.

Opadokun implored the United Nations, its Security Council and other global bodies committed to peaceful co-existence to urgently fast-track their preparations to conduct referendums to ascertain the wishes and aspirations for self-determination of the entrapped indigenous ethnic nationalities.

He said these ethnic groups have been on their ancestral lands, owning their waters, vegetation and natural resources for several thousand years before the invasion of the British colonial masters.

Opadokun added: “NADECO hereby requests the UNO, its Security Council and other Global bodies to critically accept that their failure to act timorously on these legitimate demands for their intervention may tantamount to an invitation to possible national conflagration and unmanageable national crisis which may result in to consequential deleterious situations on the West African Sub-Region, the African Continent and the World in general.

“Let it be remembered that Nigeria as the most populous black nation in the world has about 200 million citizens residing in a suffocating geographical and political space, the possible reaction of the entrapped ethnic nationalities who are already overwhelmed with repression, discriminations on religion, gender, ethnicities can quickly result to national upheavals, forced dispersal and migration with their attendant global consequences.”