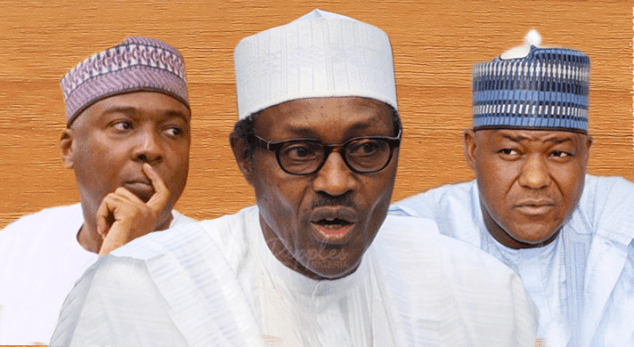 President Muhammadu Buhari, today, signed the 2018 budget into law. The budget was submitted in November last year, and passed on May 25, 2018, by the National Assembly.
President Buhari submitted the budget to the National Assembly in November, 2017. The passage was shifted to March next year due to the inability of several Ministries,
Departments and Agencies (MDAs) to present their budgets.
The legislature eventually passed it in May this year, six months after. Total expenditure was jacked up by N508 billion, to N9.12 trillion as against the N8.612 trillion presented by the President. The crude oil benchmark was raised from $45 to $50.5.
In his speech at the signing on Wednesday obtained by National Daily, he accused members of the national assembly of increasing their own budget by N14.5 billion from N125 billion to N139.5 billion. He said the lawmakers also added 6,403 projects of their own to the 2018 budget proposal sent to them.
“Unfortunately, that has not been given much regard in what has been sent to me. The National Assembly made cuts amounting to 347 billion Naira in the allocations to 4,700 projects submitted to them for consideration and introduced 6,403 projects of their own amounting to 578 billion Naira.”
He said the projects added by the national assembly have not been properly designed and will be difficult to execute.
“Many of the projects cut are critical and may be difficult, if not impossible, to implement with the reduced allocation. Some of the new projects inserted by the National Assembly have not been properly conceptualized, designed and costed and will therefore be difficult to execute, “he said.
“An example of this increase is the budget of the national assembly itself which has increased by N14.5 billion, from N125 billion to N139.5 billion without any discussion with the executive.
“Furthermore, many of these new projects introduced by the national assembly have been added to the budgets of most MDAs with no consideration for institutional capacity to execute them or the incremental recurrent expenditure that may be required.”
According to the president, some of the projects affected are Mambilla power plant, Second Niger Bridge/ancillary roads, the East-West Road, Bonny-Bodo Road, Lagos-Ibadan Expressway and Itakpe-Ajaokuta rail project whose budget were reduced by N11.5 billion.
Recall that the presidency had submitted a proposal worth N8.612 trillion to the national assembly, who later increased the budget size to N9.12 trillion.
Meanwhile the House of Representatives says the alterations made to the 2018 budget are justifiable.
AbdulRazak Namdas, spokesman of the lower legislative chamber, said this in a statement issued after President Muhammadu Buhari signed the 9.12 trillion budget into law.
Namdas said heads of ministries, department and agencies (MDAs) should take responsibility for the delay. He also defended the N14.5 billion increase in the budget of the national assembly, saying the lawmakers slashed their budget compared to 2015.
“Before 2015, the budget of the national assembly was N150 billion for several years. It was cut down to N120bn in 2015 and further down to N115bn in 2016. In 2017, the budget was N125bn and N139.5bn in 2018. This means that the budget of the national assembly is still far below the N150bn in the years before 2015.
PV: 0