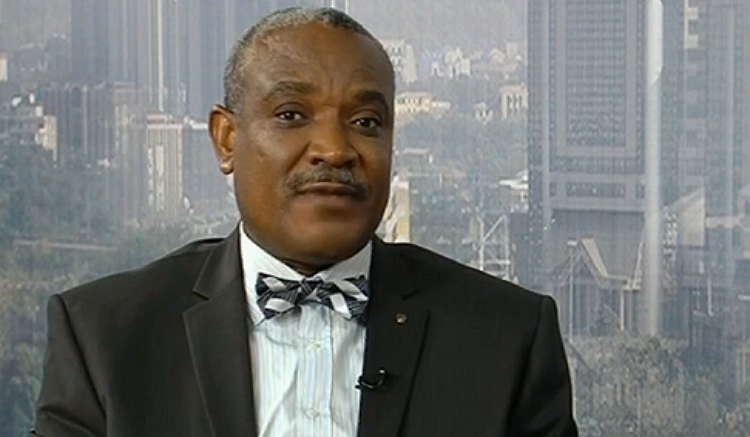 Share this on WhatsApp
Spread the love
President Muhammadu Buhari’s aide on prosecution Okoi Obono-Obla, has been asked to furnish the Supreme Court with cases dragging or pending in the apex court and the Court of Appeal.
Chief Justice of Nigeria Walter Onnoghen made the request in a letter dated September 7.
The CJN was responding to a reported media remark by Mr. Obono-Obla that ”corruption and inefficiency were destroying the Nigerian judiciary.”
Mr. Obono-Obla was specifically quoted in the Nation newspaper as saying that lawyers and litigants in the country “pay through their noses” to have their cases assigned to judges, adding that there was a case he personally filed at the Supreme Court and ”it is yet to be assigned to a judge after 10 years.”
“His Lordship, the Chief Justice of Nigeria is desirous to make a positive change in the judiciary, hence has requested that you please oblige the Honourable Court with details of all your pending or delayed appeals filed at the Court of Appeal and Supreme Court since 2007,” Mr. Onnoghen said in the letter issued on his behalf by the Chief Registrar of the Supreme Court, Hadizatu Mustapha.
The letter said that the request was to enable the CJN “take necessary steps to ensure redress.”
Obono-Obla has commended the CJN’s response, but he emphasised the issue at stake isn’t about him as an individual.
Mr. Obono-Obla said that he has six cases pending at the Supreme Court and up to five in the Court of Appeal, Abuja.
“I don’t want to count the ones I have in the Courts of Appeal in Calabar and in Port Harcourt,” he told Premium Times in a phone interview.
ALSO SEE: Buhari worries over governors mismanaging Paris Club refund
“The system should work so that matters should not linger on in the Supreme Court for more than six months, at most, so that Nigerians could have confidence in the judiciary system. If people don’t have confidence in the judiciary system they begin to resort to self-help and it will not help us.”
Mr. Obono-Obla called for a reform that would aid the Supreme Court to dispense justice quickly and effectively.
“The Supreme Court shouldn’t burden itself with lots of cases,” he said.
“Cases like matrimonial matters and small contractual disputes should terminate in the Court of Appeal. Serious cases bordering on conflicts between the different branches of government, between the federal and state governments could be heard at the Supreme Court.
“Alternatively, the states should have their courts of appeal and supreme courts as it is obtainable in the U.S,” he said.
Share this on WhatsApp
Related Topics:Appeal CourtsChief Justice of NigeriaOkoi Obono-OblaPresident Muhammadu BuhariSupreme CourtWalter Onnoghen
Up Next

Python Dance: Kanu set date to vote on IPOB use of force