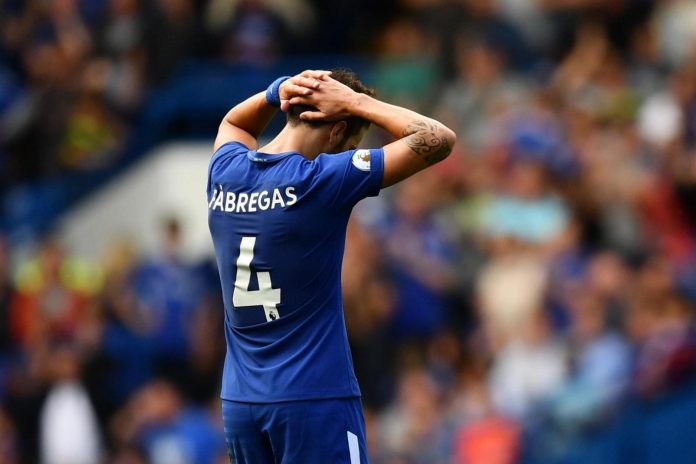 They trashed them after Stephen Ward efforts and Sam Vokes brace breaking a 49 years old record which saw the defending champion losing back to back.

National Daily recalls that Leicester City lost its opening match last year as the defending champion of the 2016/2017 season.

Apart from suffering defeat, two Chelsea players Captain Gary Cahill and Cesc Fabregas were sent off after rough tackle on their opponent.

As such, Burnley capitalised on a two-man advantage to punish them and had their legs burnt.

ALSO SEE: From Cryuff to Maradona to Pogba to Neymar: Football’s history of record-breaking deals

Chelsea salvaged the situation by scoring two goals in the second half after its new signing Alvaro Morata and David Luiz cancelled two of the goals but were too late to prevent them from suffering defeat at home.

National Daily gathered that Burnley’s victory over Chelsea was the first since 1971.

Everton ran over Stoke City 1-0 after the doyen of Everton, Wayne Rooney scored to lift his former club into reckoning. West Bromwich Albion had 1 -nil over AFC Bournemouth. The only match that ended in a scoreless draw was between Southampton vs Swansea City.