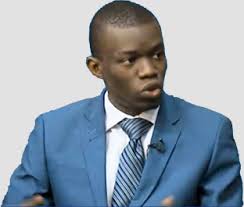 Introduction of the Investors & Exporters Forex Widow by the Central Bank of Nigeria in 2017 has been described as a good move that has brought transparency and stability to the once volatile Nigerian forex market.

Recall that the CBN had announced the new window in April 2017 to boost liquidity in the foreign exchange market and ensure timely execution and settlement for eligible transactions.

The CBN introduced the special window for investors, exporters and end-users of FX on April 21, 2017 as part of its efforts to deepen the FX market and accommodate all the FX obligations.

The implementation of the Investors’ and Exporters’ Foreign Exchange (FX) Window has increased the supply of foreign exchange into the Nigerian economy.

He added that current account stabilised in surplus position, expanding to $9.6 billion annualised in nine months, from $2.7 billion in fiscal year 2016.

“Foreign portfolio investments provide liquidity and confidence to the market. And keeping the interest rate at 14 per cent will help keep them coming,” he said.

Speaking on loans to small and medium enterprises, he said delay and outright non-payment of borrowed funds by SMEs is making it difficult for key lenders within the sector, including Bank of Industry to grant further credits to operators.

He said it is only when loans are repaid on timely basis that the lender has more capacity to lend to their borrowers.

He stated that inflation rate is still higher than Monetary Policy Rate, which makes it easier for investors to go for fixed income securities like Treasury Bills, Bonds and other instruments that help investors create lasting wealth.

Speaking on the stability in the forex market, he said rate convergence has already been achieved by the CBN, adding that with low exchange rate margin, speculators have virtually abandoned the market.

Ebo also disclosed that the apex bank has released a total of $5.9 billion in nine months as intervention into the foreign exchange, forex market.

Managing Director of Afrinvest Securities, Mr. Ayodeji Ebo, revealed that the amount is what the apex bank has released in its weekly intervention, which started in April 2017.

He said the figure was an improvement compared to the $9.6 billion spent in during same period of 2016.