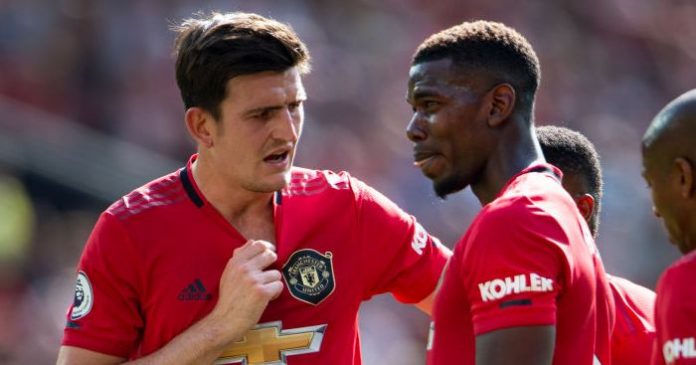 Agonizingly, it was a night that the Red Devils fans would not want to revisit after United’s lackluster displayed at Old Trafford.

It was a night that saw the once rejuvenated United team wearing tired looks and giving away possession rather too cheaply. The tormenting night was climaxed with Paul Pogba deciding to deputize for David de Gea inside the penalty box thus gifting West Ham a soft penalty call.

United captain Harry Maguire who though put up some fight clearly told Sky Sports: “We came into the game wanting three points so we’re disappointed. When we play at Old Trafford, we want to play every game possible, and we started the game well on the front foot, dominating the first 30 minutes.

“We should’ve scored during that period but we needed the ball to just bounce for us, or we needed to be a bit more clinical in front of goal.

“We then conceded a soft goal which made it hard for ourselves, but we showed a good reaction at the start of the second half. We huffed and puffed but we weren’t good enough.

“The schedule has been ridiculous… I think we’ve played something like four games in nine days, but it’s no excuse as we’re fully prepared. We started with a high tempo so I wouldn’t say we’ve run out of steam. We’ve got a huge game now on Sunday and we’re looking forward to it.

“The intensity from us wasn’t there at the end of the game today, but come Sunday I’m sure we’ll be ready.”

On the penalty, Maguire defended his team-mate Pogba, adding: “It was a natural reaction. Should he have done it? Probably he should’ve taken one in the face, but he’s apologised and has held his hands up. It’s a natural instinct to protect your face.

“It was soft because it’s probably not ending up in a goal and then they’ve been given a great chance to take the lead.”
However, Maguire will hope that his return to King Power stadium on Sunday to face his former side Leicester City wil be a favourable one for him with a win or at least a draw to ensure that United get a UEFA Champions League football next season.