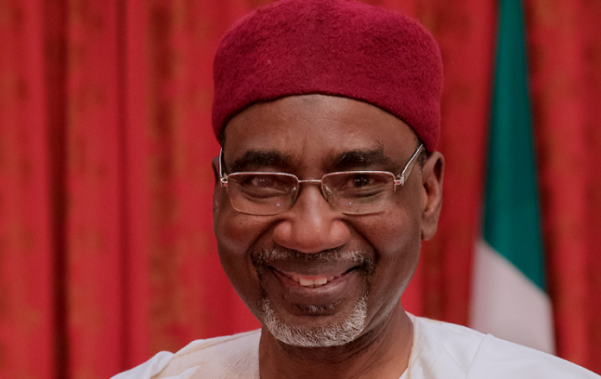 Civil Society Organisations have demanded President Muhammadu Buhari to following allegations of corruption hanging on his neck, as well as his incompetence to head the Agency, essentially, his nepotism instincts in making appointments into the Agency.
Aggregating under the umbrella of Civil Society Coalition for Mandate Protection (CSC-MAP), on Wednesday, called on President Muhammadu Buhari to specifically address the ugly situation where the top security positions are occupied by people of the same ethnic identity. The coalition called for the immediate removal of the DG NIA, Ahmed Abubakar, based on the chains of corruption charges against him. “Abubakar,” they argued, “should be taken before the Economic and Financial Crimes Commission (EFCC) to face glaring cases of corruption leveled against him.”
The CSC-MAP declared “the retention of the Director General of the Nigerian Intelligence Agency, (NIA) Ahmed Abubakar, is one of the sour points that portrays the government as ethnocentric.  Nothing can be so glaring that the government is promoting tribalism, incompetence and favoritism like the grim images and drama surrounding the appointment of the DG of NIA in spite of public outcry.”
The coalition further protested: “The DG today has been confirmed to be one of the most incompetent individuals occupying very important positions.
“Today, many of the top security officials are occupied by people of the same ethnic origin. We suspect the fact that they have used their positions to promote ethnic hegemony.”
They stated that Abubakar was appointed in spite of his being a junior official and married to a Moroccan.
The coalition lamented that the most appalling development was the appointment of Ahmed Abubakar as the Director General of Nigerian Intelligence Agency, (NIA). “This,” they complained, “was after a Yoruba man, Ayodele Oke, was removed by the President.
“This is a clear case of assault on Federal Character. There is no justification for this appointment. There is no basis for it. There are people of Yoruba extraction that should have been appointed into that position. There would have been no cause for alarm except that the clear case of subversion of the principles of fairness.
“In the first case, Abubakar is not qualified for the position. He is married to a Moroccan
which raised fundamental issues about loyalty to Nigeria as a country.
“This is an indication that he is not qualified and yet he has been appointed by President Buhari to occupy very strategic security position.
“It means that when security issues are being discussed, only one particular ethnic group is adequately represented in a plural society.  Of all the 14 most important security positions, none is from Igbo, the entire South-East and the South-South apart from the Chief of Naval Staff.”
The groups said the current composition is enough to set Nigeria on a ruinous path of deeper ethnic acrimony, discord and instability.
“The inability to deal with the perpetrators of violence in Nigeria is nothing but a reflection of the skewed appointments which favour one section of the country where the President comes from.
“This has brought a lot of bloodshed in the country. It has exposed Nigeria’s security structure and the danger of incursion of ethnic hegemony into critical state affairs”, the CSC-MAP decried.
The Deputy Executive Director of the CSC-MAP, Taiwo Adeleyein conjunction with leaders of South West Progressives Youth Movement, (SWPYM), South West Students Movement, (SWSM), Nigerian Human Rights Community, (NHRC), Oodua Nationalist Coalition, (ONAC) representatives of several Pan Yoruba and Igbo groups, were united in protesting the imbalanced in federal appointments.