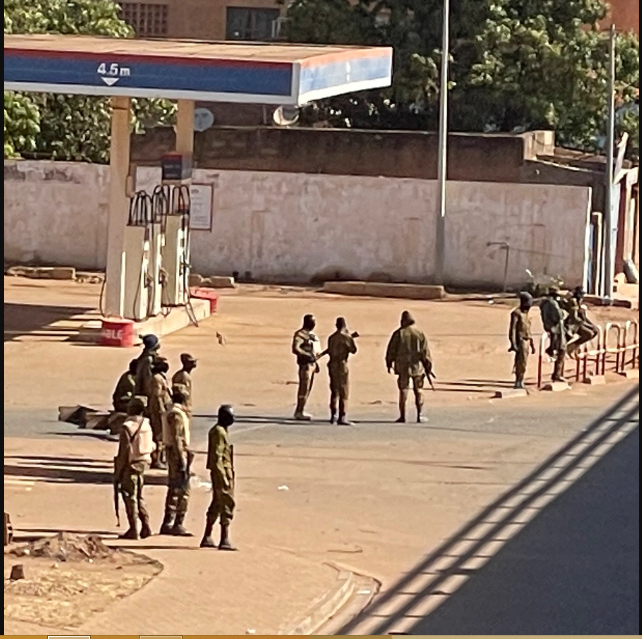 Soldiers have taken over major roads in Ouagadougou, capital of Burkina Faso, and the National television station has been off since Friday’s morning fueling speculations that a coup may be underway.

Aljazeera reported on Friday morning that heavy gunfire was heard near the military camp and residential areas in Ouagadougou.

The gunfire was also reportedly heard near the presidential palace where soldiers took up positions.

It was further reported that the country’s National Television is showing a blank screen saying “no video signal”.

It is not clear yet if it is a coup attempt, but news from the country suggest a coup might be underway.

Recall that the current military leaders of the country grabbed power in a coup in January, toppling the democratic elected leaders.

Why Tinubu was absent at peace accord meeting – APC chieftain

Microsoft scales up partnership with AfDB for young entrepreneurs in Africa