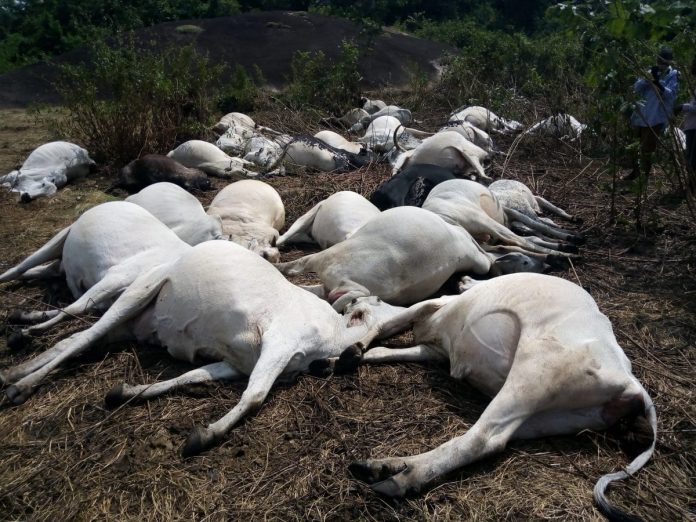 Leaders of the herdsmen were said to have accepted the incidence as act of God.

Report indicated that herdsmen in Osun State have begun to relocate with their cattle from Osun State. The report further indicated that movement of thousands of cows was noticed along Iwo-Osogbo road in the early hours of Sunday after a thunder tragedy at Iba, in Ifelodun Local Government Area, Osun State, where thunder killed 17 cows.

One of the herdsmen was said to have disclosed that there was a resolution among the herdsmen in the state to move their cows to a safer place.

“We are going home. We want to keep our cows in a safer place. This environment is no longer safe for us and our cows. We don’t really understand what is happening in Yoruba land.

“It happened in Ondo recently, in which our brothers in that state lost many cows to thunderstorms. The same thing is happening here in Osun, where our forefathers have lived for centuries without such an occurrence.

“These people are using spiritual power to kill our cows; killing our cows is tantamount to killing our future… any calamity that befalls the cows directly affect our future,” he was cited to have said.