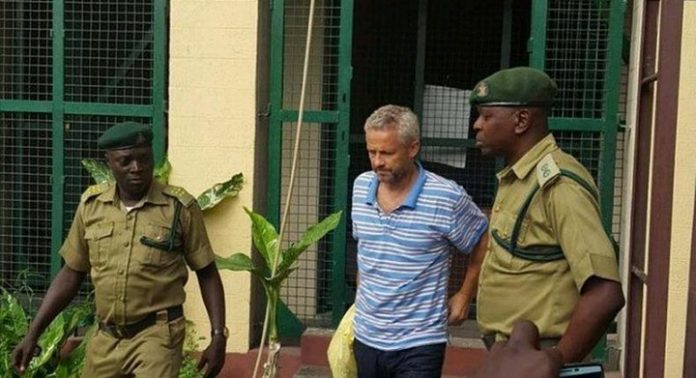 A Danish man, Peter Nielsen, accused of killing his Nigerian wife and daughter, on Tuesday prayed a Lagos High Court sitting at TBS, for fairness and transparency in the case against him.

Nielsen said this on the third day of his cross examination.

The witness, who gave evidence as to the 10th defendant’s witness, told the court that he only wished for his wife and daughter’s murderers to be identified and taken to court.

Nielsen said, “this has not happened yet”.

The defendant/witness made this assertion when asked by his counsel, Mr Olasupo Shasore (SAN), if he had anything to tell the court.

The News Agency of Nigeria (NAN) reports that Nielsen was accused of killing his Nigerian wife, Zainab, a singer, and their three-and-a-half-year-old daughter, Petra, on April 5, 2018.

Earlier, Nielsen, in his evidence, narrated how he and his late wife bought a plot of land in Abuja and built a house on it.

He told the court that they built the house for insurance purposes.

“This was meant as an insurance for my wife and daughter in case I die. I paid for the expenses on the house,” Nielsen said.

He also gave detailed information on the transactions in their bank account.

The witness narrated how his late wife transferred money to her biological mother, Mrs Ruth Malachi, till the construction of the house in Abuja was completed.

Nielsen said that he did not stop taking care of his wife even after the house was completed.

He said they built the house in Abuja so that his wife would use the income to support her music career.

“But my wife’s mother and her husband appealed to us to allow them to live in the house.

“Before my wife died, she asked her mother, and her step father to vacate the premises but they did not,” he said.

Nielsen also told to the court that when his wife died, he was the only one detained by the police.

After the examination-in-chief, the witness was cross-examined by the prosecutor, Mr Adebayo Haroun.

The prosecutor asked him to confirm some photographs which were taken at the scene of the incident.

Haroun also asked questions on the Ashtray in the photographs which the witness had earlier said belonged to his late wife.

The prosecutor denied signing any documents for the police when they took away the documents in the apartment.

However, Justice Bolanle Okikiolu-Ighile adjourned the case until Dec. 14 for the continuation of hearing.

NAN reports that the Lagos State Government had accused the defendant of smothering Zainab and Petra to death at about 3:45 a.m. at No. 4, Flat 17, Bella Vista Tower, Banana Island, Ikoyi.

Nielsen was arraigned on June 13, 2018, and he pleaded not guilty to the two counts of murder which contravene Section 223 of the Criminal Law of Lagos State, 2015.