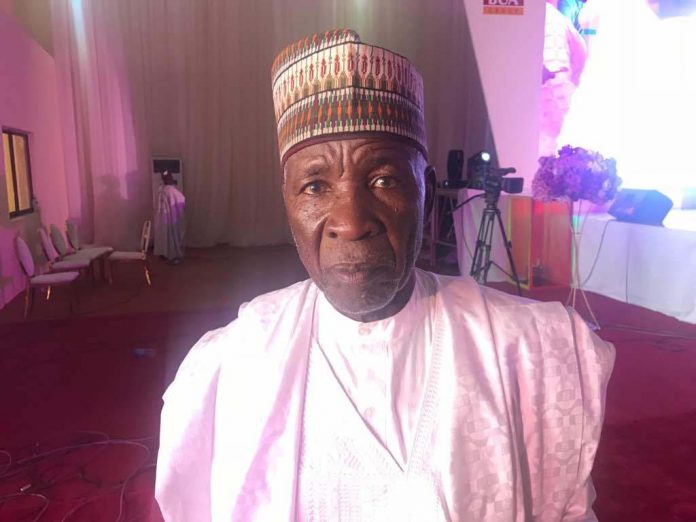 Buba Galadima, am associate of the defeated presidential candidate of the Peoples Democratic Party, showed up Wednesday at Abubala Atiku world conference in Abuja.

The PDP released a statement of his arrest by the DSS on Sunday though the spokesperson of the DSS, Peter Afunanya, denied that he was arrested by the secret agency.

The order of the arrest was also credited to the spokesman of the All Progressives Congress Presidential Campaign Organisation, Festus Keyamo.

Keyamo on Sunday called on security agencies to arrest Galadima for allegedly plotting to announce Atiku Abubakar of the PDP winner of the presidential election.

This was quickly followed by ‘news’ that Galadima was arrested by DSS.

The spokesperson of the Nigeria Police Force, Assistant Commissioner of Police (DCP) Frank Mba said the police were not aware of Galadima’s arrest.

His wife, Hajiya Fanna Galadima on Tuesday told Daily Trust that she received a handwritten letter at about 6 am, signed by her husband with assurances of his good health.

His son Dr Shettima Galadima, said the letter was brought to the gate of the house by an unidentified person.

Buba Galadima in the letter told them not to be apprehensive and did not disclose his whereabouts.

According to Daily Trust, Hajiya Fanna said Galadima was “arrested” moments after he drove out of the house. She claimed that an unmarked vehicle was noticed patrolling up and down their street in Wuse 2, Abuja before the alleged arrest.