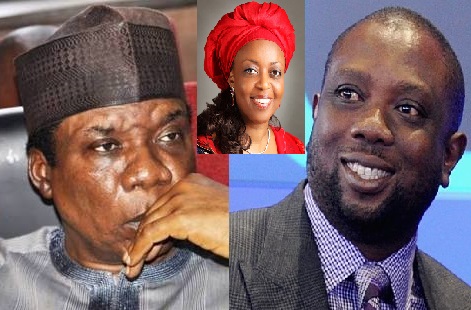 Two cronies of Nigeria’s former Minister for Petroleum, Diezani Alison-Madueke—Kolawole Aluko and Olajide Omokore may forfeit their choice properties in the United States as Justice Department on Friday filed a lawsuit seeking their assets.

According to findings by National Daily, the civil lawsuit, filed in federal court in Houston, alleged that the two Nigerian businessmen conspired with others to pay bribes to the minister, Diezani Alison-Madueke, who oversaw Nigeria’s state-owned oil company, the NNPC.

The assets in contention are the $50 million Manhattan apartment, a skyscraper located near Central Park on a street in Midtown Manhattan that is known as “Billionaire’s Row,” an $80 million yacht that it said were bought using money generated from a scheme to pay millions of dollars in bribes to a former Nigerian oil minister and several others.

The lawsuit said that in return, Alison-Madueke steered lucrative contracts with a subsidiary of Nigerian National Petroleum Corporation to companies owned by the two businessmen, Kolawole Akanni Aluko and Olajide Omokore.

Despite being unqualified and in some instances failing entirely to perform services under the contracts, these companies received more than $1.5 billion in revenues through the sale of crude oil, the lawsuit said.

Acting Assistant Attorney General Blanco said in a statement that the case demonstrated the Justice Department’s commitment to trading and recovering corruption proceeds.

“The United States is not a safe haven for the proceeds of corruption,” he said.

Following a mortgage default, lender Banque Havilland SA launched foreclosure proceedings on the condominium in January. It is scheduled to be up for public auction on July 19, according to the lawsuit.

Alison-Madueke was charged with money laundering in Nigeria, the country’s financial crimes agency said in April. She previously denied to Reuters any wrongdoing when questioned about missing public funds and corruption allegations.

Lawyers for Aluko and Omokore could not be immediately identified. They are not defendants in the lawsuit, which is a civil forfeiture action.