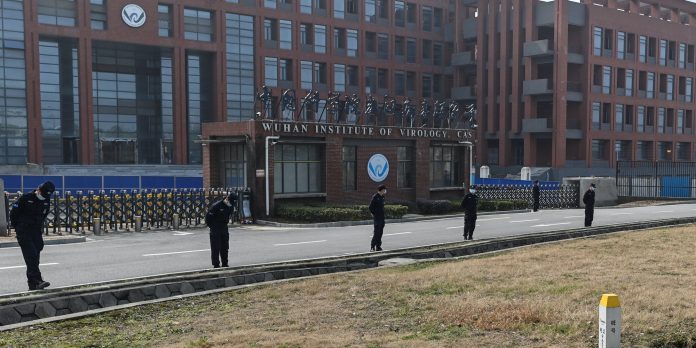 A 900-page document has revealed the origin of the Covid-19 pandemic, and the donors that funded the research that is now suspected to have occasioned the initial outbreak of the virus.

The finding, according to the document The Intercept obtained through FOIA in America, also clarifies a lot of misconception about the source of the outbreak.

Many, especially those inclined to conspiracy theories, believe the deadly virus was cooked inside the lab of the Wuhan Institute of Virology, China.

Even US President Joe Biden believed China was culpable for the outbreak of the pandemic, and he ordered an investigation of the origin. He was however silent about the document detailing the whole experiment.

The World Health Organisation too has visited the institute twice, and China would not welcome the team again.

The Intercept document, however, revealed that a US-based organization funded by the National Institute of Allergy and Infectious Diseases carried out the SARS research project.

“The document contains several critical details about the research in Wuhan, including the fact that key experimental work with humanized mice was conducted at a biosafety level 3 lab  (BSL-3) of the varsity,”  The Intercept reported.

A BSL-3 laboratory typically includes work on microbes that are either indigenous or exotic, and can cause serious or potentially lethal disease through inhalation

With a grant up to $3 million before ex President Donald Trump stopped it, ECOHealth conducted two research works at the same time—one on SARS (hosted by bats) and the other on MERS—the coronavirus type which broke out of the Middle East years back.

Scientists were concerned about the potential dangers associated with such experiments—even before the pandemic.

And the organization, in the grant proposal, acknowledged some of those dangers.

“Fieldwork involves the highest risk of exposure to SARS or other CoVs, while working in caves with high bat density overhead and the potential for fecal dust to be inhaled,” EcoHealth stated in the proposal.

“In this proposal, they actually point out that they know how risky this work is. They keep talking about people potentially getting bitten — and they kept records of everyone who got bitten,” Alina Chan, a molecular biologist told The Intercept while reviewing the document. “Does EcoHealth have those records?

Chan then suspected a research-related accident as the cause of the oubreak.

Other scientists believe that it was a natural spillover, meaning that the virus passed to humans in a setting such as a wet market or rural area where humans and animals are in close contact.

On the grants, Robert Kessler, communications manager at EcoHealth Alliance, told The Intercept, “We applied for grants to conduct research. The relevant agencies deemed that to be important research, and thus funded it. So I don’t know that there’s a whole lot to say.”