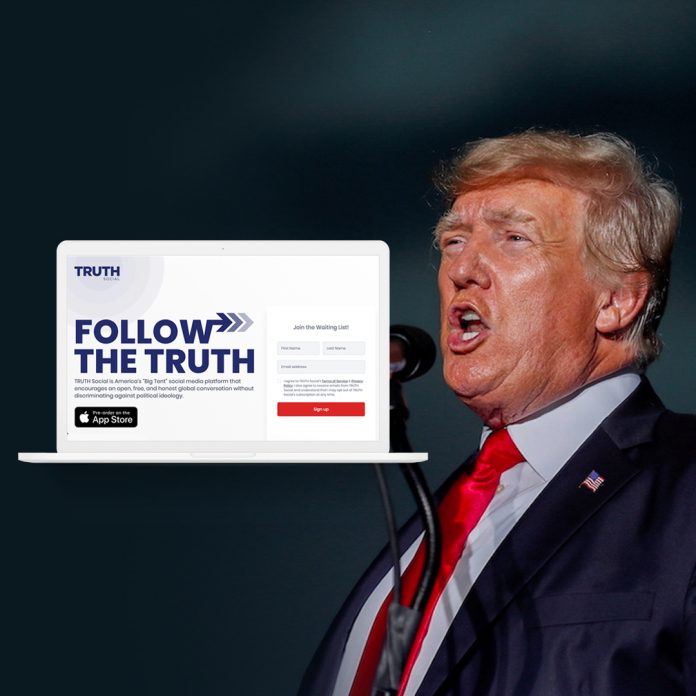 According to Trump, the platform will “give a voice to all,” or at least to those who don’t plan to criticize it.

That’s according to TRUTH Social’s terms of service, which says users may not “disparage, tarnish, or otherwise harm, in our opinion, us and/or the Site.”

Other banned conduct includes impersonating another user, copying the site’s software, or using the site in a way that breaks the law.

Trump explained that his goal in launching the Trump Media & Technology Group and its TRUTH Social app was to create a rival to the Big Tech companies that have shut him out and denied him the megaphone that was paramount to his national rise.

He said: “We live in a world where the Taliban has a huge presence on Twitter, yet your favourite American President has been silenced. “This is unacceptable.”

The announcement about the new platform came after many months of reports that Trump was looking into launching his own platform after being booted from sites like Facebook and Twitter for violating their terms of service.