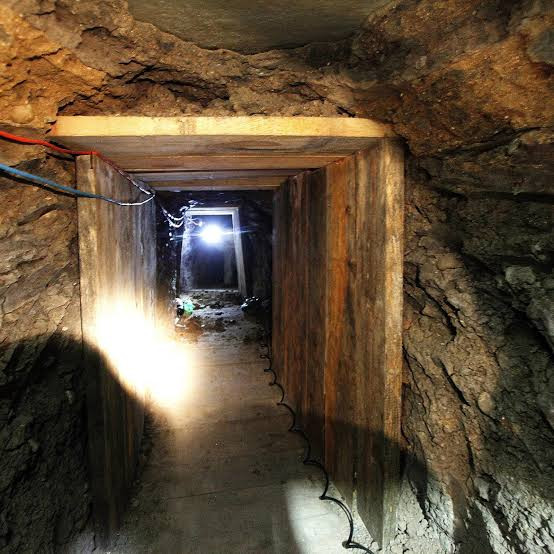 The tunnel also has a rail track, ventilation and electricity and starts from Tijuana, Mexico, to  a warehouse in the Otay Mesa district of San Diego, California.

Following a surveillance operation by federal agents, nearly two tonnes of cocaine with a street value of nearly $100 million have been recovered.

The warehouse was used by a criminal gang where 61lbs of cocaine had previously been stashed.

Agents followed the alleged gang members Luz de Luna Olmos and Vanessa Ramirez from the home to a tool shop and then back and forth from the warehouse.

The duo, alongside Juan Cruz, Adrian Enriquez and Mario Jaramillo, have been taken to custody, and will face court on Monday.