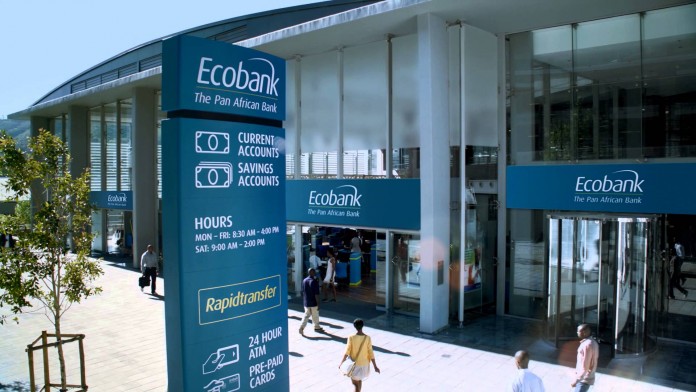 ECOBANK Transnational Incorporated (ETI) has said it is working tirelessly to see that it drives down its Non-Performing Loan to 7.5 per cent in 2016.

Group Chief Executive, ETI, Mr. Ade Ayeyemi stated this while presenting the Group ‘facts behind the figures’ to market stakeholders on The Nigerian Stock Exchange (NSE) recently
He expressed optimism that despite macro economy challenges which impacted negatively on profit, he said that the group’s has revised down the Pan-African Bank guidance for NPL ratio this year to 7.5 per cent from 8.2 per cent in financial year of 2015, a feat it tries to achieve by improving on the quality of its loan book and refraining from riskier assets.

On growing NPL, he said, “shareholders of the financial institution are not expected to be delighted about the growing NPL but it is important not to hide to fact in order to recognize where there are problems. Our target at the end of the year is 75 per cent.

“Mind you, 40 per cent of our banking operation is in Nigeria and about 60 per cent outside Nigeria. We have identify the problem and given guidance on where the coverage ratio will end this year.”

According to him, the group would sustain a stronger Return on Equity (ROE) to shareholders as it grow to 12.8 per cent in first three months of 2016 from 4.2 per cent in fourth quarter of 2015

The bank expects growth in its deposits by two per cent in 2016 driven through low-cost deposits and transaction fees, while its loan book would remain flat.