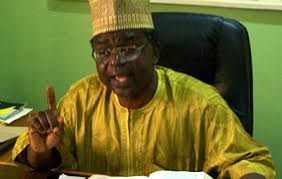 The Evangelical Church Winning All (ECWA) has decried how higher institutions in the north have been denying Christians admissions into professional courses.
It alleged Christians have also been denied employment.
These were part of the 10-point observations made by ECWA and contained in a communiqué signed by its President, Dr. Jeremiah Gado, and the General Secretary, Rev. Yunusa Nmadu, after its five-day Pastors International Conference, held at Bingham University, in New Karu, Nasarawa State.
The church also accused the federal and northern state governments of orchestrating the plots against Christianity through deliberate denials.
“This does not augur well for national unity nor does it promote the tenet of equity and fairness. Many Christians have complained and we see this happening in many universities and other tertiary institutions of the North. We challenge the federal and state-owned institutions to publicly publish the list of those offered admissions,” said ECWA.
“Closely related to this is the issue of employment, where again, many qualified persons are denied employment on the basis of their faith. As a denomination, we condemn these practices and call on the Federal Government to check these happenings as they constitute a grave threat to the unity of our dear country,” it said.
ECWA therefore called for the restructuring of the country.
ALSO SEE: Gov. Yari blasts Fayose
“As an indigenous church, we are aware of the injustices that have created dissatisfaction among the Nigerian people. We believe that the only way to maintain our corporate identity, as one indivisible nation, is to restructure and promote equity and the enforcement of the rule of law,” the communiqué stated.
“This restructuring might not necessarily be done in the way that people are suggesting; but we need a restructuring that is based on the foundation of equity and honesty where everyone is treated equally. We need to return to the ideals of our founding fathers so as to keep the nation moving.”
Other issues raised in the communiqués include Boko Haram terrorism, forced marriage, and the Fulani herdsmen threats.