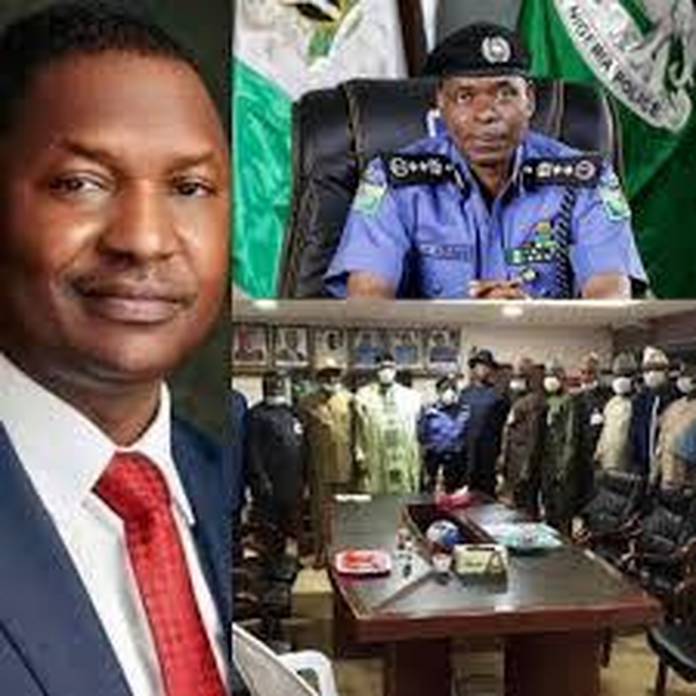 Having found themselves in a rut after the Edo 17 APC lawmakers hijacked the leadership of the state house of assembly, the seven honorable loyal to Gov Godwin Obaseki have secured a court order which now tests the neutrality of three people: the police inspector-general, the attorney-general of the federation, and a federal high court judge.

For fear of violence, local and international observers have warned apolitical bodies and government officials, including those in security and judiciary,  to steer clear of the Edo election.

The call for neutrality may be a tall order.

Justice I. M. Sani of the Federal High Court, Port Harcourt, Rivers ( whose governor Nyesom Wike heads Obaseki’s campaign council) granted the Frank Okiye minority assembly an order restraining the APC majority from taking over the state’s assembly complex, and from carrying out any legislative activities.

The seven PDP lawmakers had been sitting in a building inside the governor’s office complex for months, abandoning the chamber renovated about two years ago.

The assembly complex, which Obaseki ordered to be pulled down, under the guise of renovation, became a centre of controversies since the APC lawmakers, loyal to the party’s former national chairman Adams Oshiomhole, decided to sit in there for lawmaking activities.

And AGF Abubakar Malami, based on a petition by the Oshiomhole faction, has instructed IGP Mohammed Adamu to give them police protection.

The summons, in the worst-case scenario, could be pasted on the apartment of one of the 17—Dep. Speaker Emmanuel Agbaje.

The National Daily reported earlier that Agbaje was elected alongside the new Speaker Voctor Edoror in a private location on Aug. 6 when Gov. Obaseki marshalled the dismantling of the legislative building.

Sitting by the 17 lawmakers have since begun in the ramshackle structure, which has now become a subject of litigation.

Edoror however insisted nothing will change.

“The act has been completed. Which court order are Okiye and his sponsor, Obaseki, talking about?” He said, adding  the next sitting comes on August 18.

“And by God’s grace, we will continue to sit in Benin with adequate security being provided by the Inspector-General of Police as directed by the Attorney-General of the Federation.”