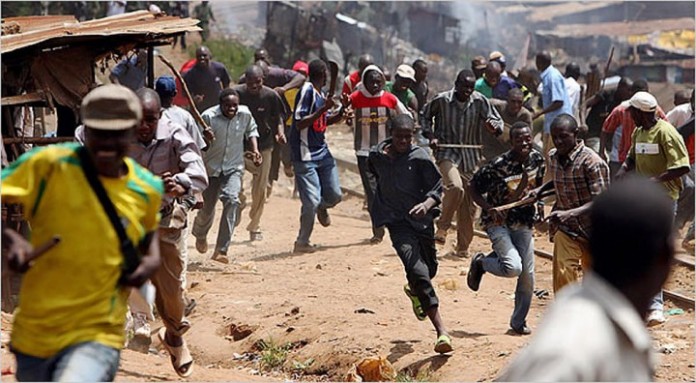 SOME youths in the All Progressives Congress (APC) in the state, under the aegis of Ekiti APC Youths Congress (EAYC) have condemned leaders of the party in the state for keeping silent over the attack on Oke-Ako, Ikole Local Government Area of the State by Fulani herdsmen that left two people dead and several others injured.

In a press statement issued in Ado-Ekiti and jointly signed by Mr Tope Ogunkuade and Comrade Tunji Adeleye, Convener and Secretary respectively, the EAYC said it was painful that APC as party was yet to speak out to condemn killing of fellow indigenes of Ekiti State.

The youths said support for President Mohammadu Buhari should not becloud the party’s sense of reasoning and patriotism towards Ekiti and its people.

They commended the State Governor, Mr Ayodele Fayose for taking a bold and decisive step towards curbing the menace of the Fulani herdsmen.

The youths said; “We wonder how leaders of party think. How can they keep silent when their fellow Ekiti indigenes are being killed by Fulani herdsmen just because they don’t want to offend President Buhari?

“Can APC leaders in the north keep silent if the Yorubas were the ones killing their people?

“We seem not to understand why our party have not seized this opportunity to show that we are still on the side of Ekiti people. If Ekiti indigenes were killed by Fulani herdsmen and our party did not say anything just because President Buhari is a Fulani man, it remains to be seen how Ekiti people can trust our party.