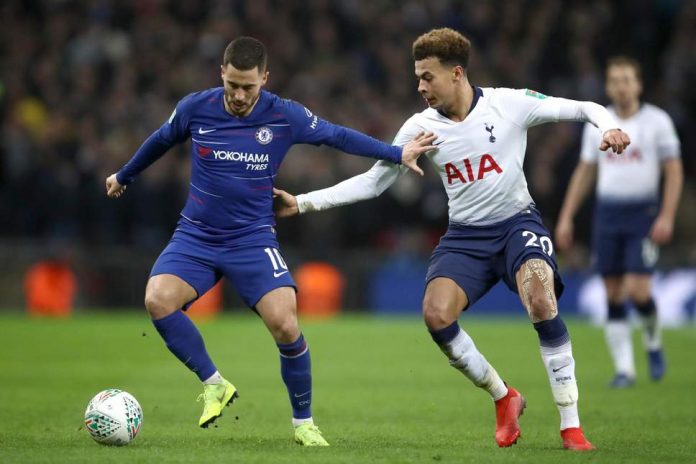 The PFA are due to meet social media companies next month to ask them to do more to prevent racist abuse online.

The move follows the 24-hour social media boycott held by leading players last Friday, which was part of the Enough campaign organised by the players’ union.

The PFA are calling for social media networks — including, Facebook, Instagram and Twitter — to take stronger action to stop racist abuse being directed at players. They have also arranged a meeting with Sports Minister Mims Davies alongside the FA and Kick It Out at Wembley.

The planned meetings follow a string of high-profile incidents of racist abuse this season.

Dele Alli, Eden Hazard and Wilfried Zaha were among the players who supported last week’s 24-hour social media boycott and Facebook, who also own Instagram, contacted the PFA following the start of the campaign. A meeting with Twitter has also been requested.

Ahead of the meetings, the PFA have asked players to submit any evidence of racist abuse they have received online to demonstrate the severity of the issue.

Kick It Out last week called on Twitter to take action against “rampant discrimination” on its platform after Manchester United’s Ashley Young become the latest player to receive racist abuse online.

Troy Deeney received racist messages on Instagram after Watford’s FA Cup semi-final win over Wolves, while Charlton forward Lyle Taylor was targeted on Twitter after a League One game against Bradford.

Simone Pound, head of equalities at the PFA, said: “We are grateful to everyone involved in the success of the first step of the Enough campaign.

“Players, fans and other organisations all joined together to use their platforms in a really powerful way to highlight that racist language and discrimination of all kinds is unacceptable in football and society. Now that we have made such an impact, we have to follow that up with empowered action.”