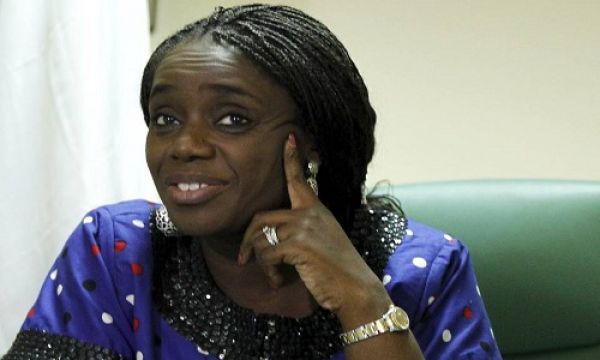 The National Youth Service Corps (NYSC) has revealed plans to commence investigation into the fake Exemption Certificate scandal involving the Minister of Finance, Mrs. Kemi Adeosun, in the mandatory One year national service for university graduates in the country.

National Daily gathered that NYSC, in its elementary response, confirmed that the Finance Minister, Adeosun, applied for an exemption certificate.

NYSC Director of Press Mrs. Adeyemi Adenike, in a statement in Abuja on Monday, admitted the Corps received application for exemption certificate from Adeosun but indicated that that it would, however, investigate the origin of the allegedly forged exemption certificate said to be used by the Minister in her federal appointment.

Adenike had declared: “Our attention has been drawn to the issue of the alleged forgery of an NYSC exemption certificate by the Minister of Finance, Mrs. Kemi Adeosun.

The Minister of Finance was dragged into the scandal last week that she did not only evaded participation in the mandatory one year national youth service but procured a fake exemption certificate in 2009.

The enactment establishing the NYSC national service makes it compulsory for every Nigerian graduate who are below 30 years of age to participate in the scheme. Thus, even at the time Adeosun applied for exemption from service, as the NYSC claimed, was she above 30 years? Nigerians are waiting for the thorough investigation of the scandal, including further details involving other conditions a graduate can apply for exemption beside the 30 years of age.