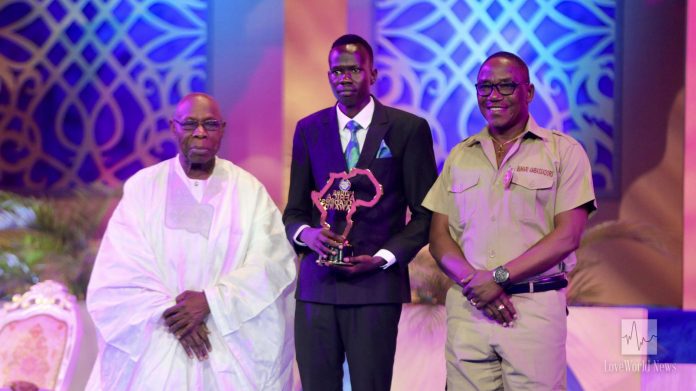 About 30 African young leaders are set to battle for the $125,000 prize money at the Future Africa Leaders Awards (FALA) scheduled for the 31st of December, 2019 night service of LoveWorld (Christ Embassy) at the LoveWorld Convocation Arena (LCA) Billings way, Oregun, Ikeja.

The 30 nominees drawn from 180 applications million across fifty-four countries in Africa went through a rigorous selection process spanning several months.

Addressing a press conference on Friday in Lagos, a member of the Central Executive Council of LoveWorld Inc. Pastor Ambrose Isesele, said the nominees who are within the ages of 16 and 23 have met all the criteria, including being a registered applicant of the Growth Initiative Award, graduated from basic level to the intermediate, as well as having registered youths through their GIA referral link, and produce 50 graduates from the basic level to the Intermediate level.

Among other criteria, Pastor Isesele said the nominees have demonstrated exemplary leadership potential by impacting no less than 500-1,000 young people through programs and initiatives that empowered young people positively, building them and preparing them to be strong and confident individuals in future.

“Selected nominees have also mentor definite sets of young people, whose mentorship is providing the young people with guidance and direction that will in turn make them leaders and people of repute in future, encouraging the leadership of youth by youth,” he said.

According to him, the ten finalists and the star prize winner would be announced by the former President of Liberia, Madam Ellen Johnson Sirleaf, the first black female democratically elected President in Africa, during the 31st of December, 2019 night service of LoveWorld (Christ Embassy) at the LoveWorld Convocation Arena (LCA) Billings way, Oregun, Ikeja.

Also commenting on the importance of the initiative, the Snr Executive Officer at FALA, Pastor Dave Ogbaka, said FALA Awards is not a religious agenda, but opened to all African youths irrespective of their religious inclinations as long as the criteria are met.

He said the awards which is in its seventh year is instituted by the Chris Oyakhilome Foundation to identify, celebrate and support young Africans who have demonstrated exemplary leadership by impacting their generation positively through education, youth empowerment and mentoring through other projects aimed at building young people and preparing them for a announces  future.

“The ten eventual winners will get $10,000 each while the star prize winner will get an additional $25,000. The money is to enable them enlarge the scope of their humanitarian works and also be able to reach more youths in their various countries,” he added.

Relating her experiences and how the awards has greatly affected her positively, the star prize winner of the maiden edition in 2013, Sharon Sade Ajide from Nigeria, said winning the awards motivated her more in advancing interests in engineering and technology to young girls.

According to her, she has been able to mentor more young girls in her sphere of interest, to the extent of partnering the Lagos state government on the issue of girl’s education in the state.

Beginning seven years ago, the Future Africa Leaders’ Award, an innovation of the LoveWorld President, has been recognizing the commitment of young leaders to the progress and development of the continent at every New Year’s Eve Service.