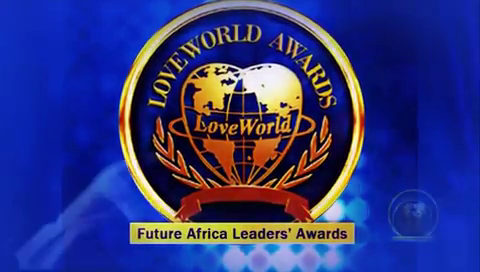 The Future African Leaders Foundation of the Loveworld Incorporation under the aegis of Chris Oyakhilome Foundation, has nominated 30 youths across Africa who are outstanding in human capital development projects, humanitarian services and skills development in their distinct communities, for the grand finale of the 2019 Future African Leader Awards (FALA) where 10 prize winners would emerge at the ministries event on December 31, 2019, in Lagos, Nigeria.

One of the coordinators of the FALA, Pastor Ambrose Isesele, at a press conference in Lagos on Friday, December 27, 2019, disclosed that of the 30 nominees, between 10 and 15 will emerge as Cash Prize Winners on December 31st while of the prize winner will emerge the Star Prize Winner. He highlighted that the award has been an annual event in the past seven of its inception.

Pastor Ambrose emphasized that the Future African Leaders Foundation is committed to grooming leadership from the youth population across 54 African countries.  He recalled the postulation of Pastor Chris, President of the Loveworld Incorporation on the imperatives of involvement of African youths in nation building.

Pastor Dave Ogbaka, another coordinator of FALA, noted that African youths are endowed with enormous skills and talents waiting for manifestation. He said that the Foundation is committed to encouraging the youths across Africa to develop the leadership potentials in them for the development of African countries. Citing a statement of Pastor Chris – Stand Up and be counted – Pastor Ogbaka declared: “there is so much we can give from Africa to the world than from the world to Africa.” He challenged African youths to take a stand and build Africa for Africans.”

Pastor Ogbaka revealed that 15 million youths signed up for the 2019 FALA but 1.2 million completed their projects.

Pastor Olajumoke Akisanya, another FALA coordinator, highlighted that participation is on the basis of performance standard. She added that there are mechanisms for monitoring and evaluation, with additional incentives for developing the capacity of beneficiaries and participants, as well as opportunities for sponsorship. She added that the programme does not end with the cash prize award but has other stimulants of sustainability.

The organizers explained that FALA is not restricted to members of the Christ Embassy ministry. All youths irrespective of religious belief, including Muslims and traditionalists with demonstrable skills and commitment to communal service as well as integrity are eligible to participate in the project.

The former President of Liberia, Dr. Ellen Johnson Sirleaf, is the Special Guest of Honour for the FALA 2019.

Former President Olusegun Obasanjo of Nigeria was Special Guest of Honour for the 2018 edition of the award.

Pastor Deola Philips is the CEO of the Future African Leaders Foundation.

All nominees for the 2019 FALA from the various African countries which include Nigeria, the host country, Ghana, Togo, Cameroun, Tanzania, Angola, South Africa, Benin Republic, among others, are already gathered in Lagos for the 31st December grand finale.