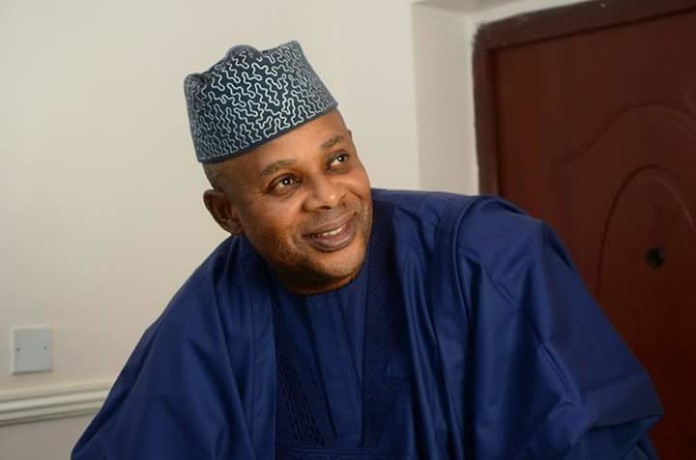 Rep. James Faleke, has again emerged the preferred candidate under the flagship of the All Progressive Party (APC) representing the Ikeja Federal Constituency at the House of Representatives in the forthcoming 2019 general elections in Nigeria.

A victory he garnered after defeating his opponent, Toke Benson, by an overwhelming margin of 26,423 votes against 25 votes at the APC primaries held on Thursday.

Of the 26,423 total votes cast in favour of Faleke, the majority came from ward G, where he notched 11,229 votes whereas his opponent went home with no vote.

A breakdown of the result, Confiance News gathered, showed that Faleke won 662 votes at Ward A whereas his opponent, Benson did not get any votes.

At Ward B, Faleke had 1,027 votes against 19 votes clinched by his contender.
In the same manner, Faleke grabbed 1,165 votes, leaving Toke Benson with no vote.

The winning trend continued at Ward D with Faleke scoring 2,857 votes against zero vote by Benson.

Ward E recorded 8,219 votes for Faleke even as his opponent scored nill.

Nevertheless, there was no election at Ward F.

Reacting to the election, he said, “We’ve gotten the results and everything has gone very very well. The least votes came from Ward J: 369 to zero. The highest came from ward G: 11,229 to zero. The results is overwhelming, completely overwhelming. This is because we have been with the people. They have our trust, we have their trust. It’s a mutual thing. It’s not a one-way affair.” 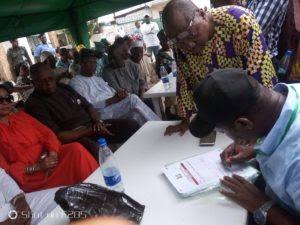 He noted that he would focus on empowerment and job creation if he wins the general elections in the capacity which he is vying for.

“What we want to do differently is to concentrate mainly on empowerment programmes. I have seen that majority of our people have no jobs. We are concentrating on training and empowerment. Something that can put food on their table. I want them to be employers of Labour,” he disclosed.

Faleke believes he will be Nigeria’s preferred candidate at the forthcoming elections.

“I’m very very confident. Let them bring out their opponent,” he said.

He, however, encouraged electorates to come out en masse to cast their votes in the forthcoming elections, while thanking them for actively exercising their franchise at the primaries.

“I thank you so much for believing in me. I want to tell you that I will not disappoint you,” he assured.

This is the third time Honourable James Faleke would be vying to represent Ikeja Federal constituency at the House of Representatives and is expected to compete with candidates from other parties as events unfold.

Share this on WhatsApp
Related Topics:James Faleke
Up Next

APGA has been hijacked by a cabal, says Uwazuruke