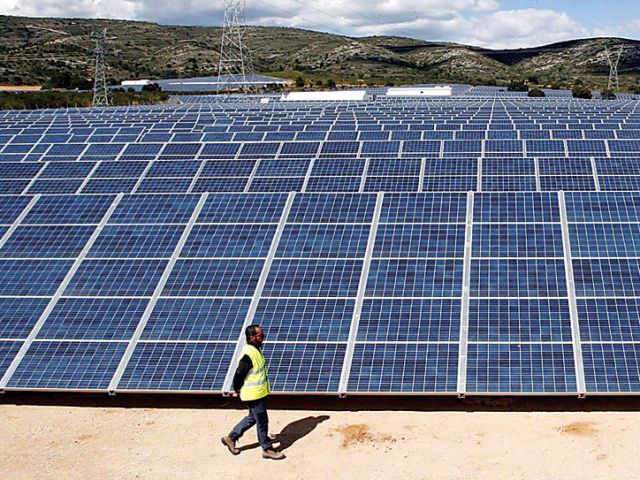 PAN Africa Solar said it had signed the nation’s first Solar Power Purchase Agreement with the Federal Government with a plan to invest $146m in building a new power plant.

The firm said the 75MW solar photovoltaic power project in Katsina State would sell power for a tariff of 11.5 US cents per kWh and would be inaugurated in 2017.

According to a statement made available to our correspondent in Abuja, the signing of the agreement was carried out in the office of the Nigerian Bulk Energy Trader, where the special guest of honour at the groundbreaking ceremony, Vice-President Yemi Osinbajo, was represented by Mrs. Lolade Abiola of Sector Lead Solar and Access Advisory Power Team, Office of the Vice-President.

The firm said once inaugurated, the 75MW solar project would be the largest of its type in sub-Saharan Africa (excluding South Africa) and would provide power for 1.1 million Nigerians.

It said it would also generate employment for over 500 Nigerians during the 12-month construction period, adding that more than 40,000 new jobs would be created from the additional economic activity stimulated by the power plant.

The Chief Executive Officer, Pan Africa Solar, Mr. Marcus Heal, was quoted to have said, “We are delighted that the Federal Ministry of Power is pushing ahead with its solar energy policy.

This tariff has been achieved through harnessing lower construction and lower solar panel prices and the commitments of the project’s lender.”

Also speaking, Justin Woodward of JCM Capital, a Canadian private equity firm, who are co-developers in the project, said “This is the start of a solar revolution in Nigeria.”

Pan Africa Solar said it was developing a 1,000MW portfolio of solar projects in Nigeria and planning to bring more than $1bn of investment over the next five years.

According to the statement, the sponsor group for the project includes Pan Africa Solar and JCM Capital and the African Finance Corporation. The FMO is the lead arranger of debt raised from the development finance institutions including DEG and Proparco.

The project is also receiving support from the World Bank, Power Africa and MIGA, according to the statement.

Share this on WhatsApp
Related Topics:PAN Africa SolarSolar Plant
Up Next