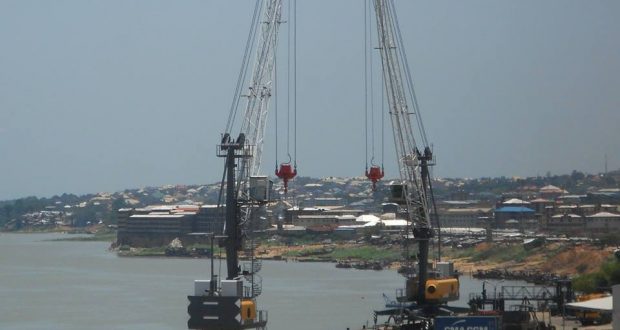 The Secretary to the Government of the Federation (SGF), and immediate former managing director of National Inland Waterway Authority (NIWA), Boss Mustapha has assured the Niger State Government that the Baro River Port will be delivered by the Federal Government this year.

However, he was silent on the endless readiness for the concessioning of Onitsha River Port completed more than four years ago.

For uncountable times, business stakeholders and traditional rulers form the South East had approached the federal government to kick start the port operations at the Onitsha River Port since the beginning of this administration, but no clear response has been received.

National Daily recalls that during the visit of the Vice president to Nnewi last year, South East Business Community cried to Prof Yemi Osinbajo to commission the port.

Though the Vice president assured that government will consider that on his return, January this marks his meeting with the South East stakeholder more than five months and nothing has happened as the facility repaired by former administration with over N4bn rot away.

On the completion of Baro Port, the SGF assured the Niger State Governor, Abubakar Sani Bello in his office, that all procurement processes are already completed and that the Central Bank of the Nigeria (CBN) has issued Letter of Credit while manufacturers have so far been committed.

According to him, “Giving the great economic importance of the Baro Port to the country, discussion on it resonated at the recent commissioning of the Dry Inland Cargo Port at Kaduna by Mr. President”.