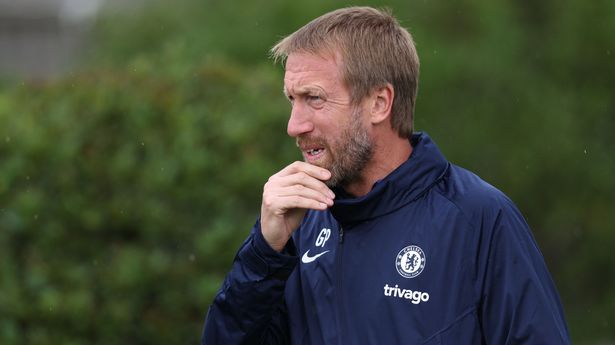 Former Brighton manager Graham Potter has arrived Stamford Bridge as a replacement for Chelsea ex-boss Thomas Tuchel after the German was relived of his duty three weeks ago.

The Englishman has been left with an acid test following the Blues upcoming fixtures which see the west London facing up to a manic six-week run of games before the World Cup as he gears up to kickstart Chelsea’s Premier League season.

Potter and Chelsea have found themselves in an undesirable corner as they are seated seventh in the Premier League table, even behind the newly-promoted Fulham.

Since his arrival at Stamford Bridge, Potter has so far, only taken charge of a solitary Champions League game as he awaits his first top-flight match with a trip to Selhurst Park on Saturday to trade tackles with Crystal Palace.

Chelsea’s game against Patrick Viera and his team will be the start of the Blues hectic run of 13 games before the World Cup kicks off in Qatar.

Here, National Daily breaks down Chelsea’s schedule to see how Potter may fare in solving the problems that have plagued the start of the Blues season.

And with the above schedules, National Daily can confirm that a brutal month for Potter and Chelsea begins on Saturday with a trip to Selhurst Park.

Meanwhile, the 47-year-old will be buoyed by the fact that Chelsea have not lost to Palace since 2017 and are on a 10-game winning run against them.

The Blues will play host to AC Milan in the Champions League four days after their trip to Selhurst Park as they will be looking to move off the bottom of their group. The game against the Italian champions will be the first true test of Potter against elite opposition and he will be hoping for a positive performance

These United players are set to miss the Manchester derby