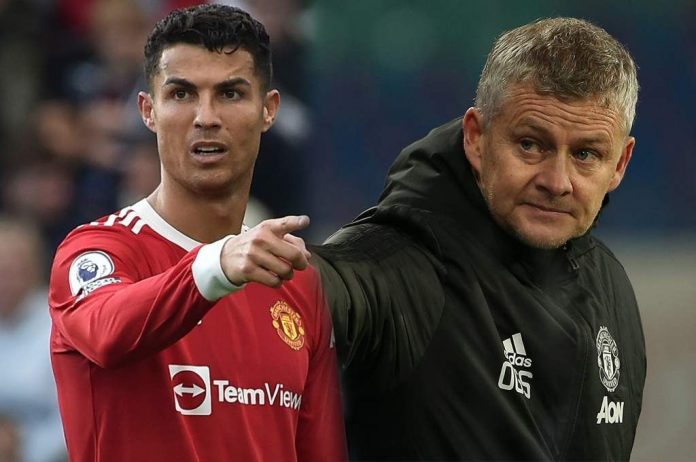 Cristiano Ronaldo appeared to be the last signing that United former boss Ole Gunnar Solskjaer made during his reign at Old Trafford.

And following the sacking of the 48-year-old Norwegian after the Red Devils continual dreadful run of form on Sunday morning, less than 24 hours after the dismal defeat to Watford at Vicarage Road, Ronaldo has finally spoken.

The 36-year-old Portuguese was understood to be one of the few players that stuck by Solskjaer during his final two months as United boss.

Now Ronaldo has also emerged as one of the final United players to send a message to Solskjaer as he took to his official Instagram account to wish  his ex-boss ‘the best in whatever life has reserved’ for him.

‘He’s been my striker when I first came to Old Trafford and he’s been my coach since I came back to Man United,’ said Ronaldo.

‘But most of all, Ole is an outstanding human being.

‘I wish him the best in whatever his life has reserved for him.

‘Good luck, my friend. You deserve it.’

Meanwhile, National Daily understands that the Red Devils hierarchy in a bid to replace Solskjaer, have made contact with Leicester City boss Bredan Rodgers and are even prepared to pay the 48-year-old release clause to bring him to Old Trafford.

However, earlier reports suggest that PSG boss Mauricio Pochettino and his Ajax counterpart Erik Ten Hag are also amongst the personalities attracting United’s consideration to take charge at Old Trafford.